In his almost forty-year career as a journalist and television producer, Jack Brayboy has interviewed professional athletes, business leaders, politicians, entertainers; we’re talking everyone from the Reverend Billy Graham to Mike Tyson.

And, now the tables are turned – Brayboy is now the interviewee.

It’s easy to interview him; one because he has a good story of career agility, re-invention, and what comes from nimbly following professional curiosity. But, two, because he himself is a natural storyteller. {continued below} 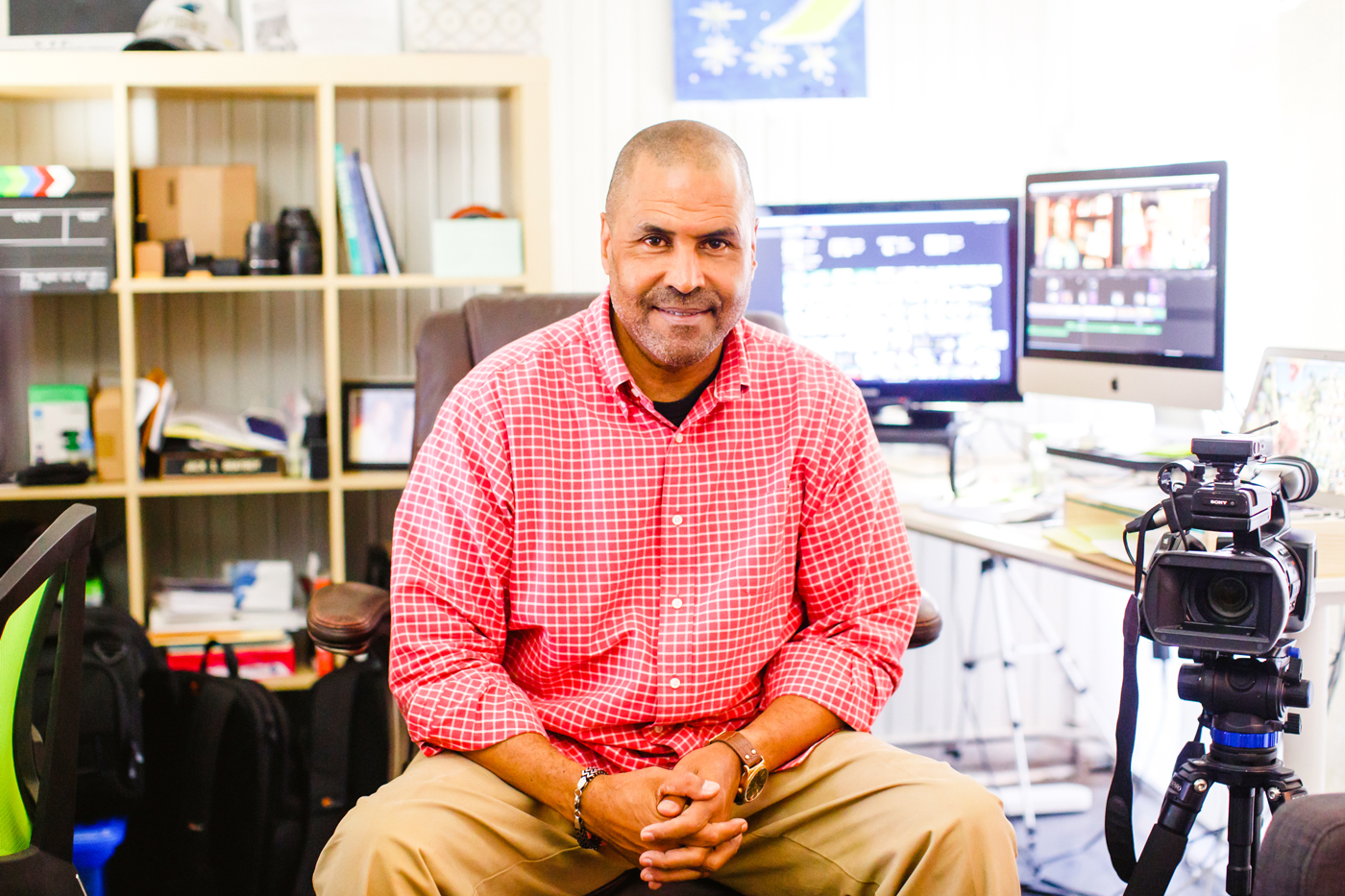 That career as a storyteller started in 1980. Brayboy was right out of college, working as a Nighttime News Coordinator for WSOC-TV here in Charlotte. Sitting on the assignment desk and listening to the wire led to more full-fledged opportunities – Weekend News Producer and General Assignment Reporter. Then, in 1982, Brayboy received an unexpected call – from WPVI-TV, Philadelphia’s ABC affiliate. Philadelphia was a #4 market; at the time, Charlotte was #32.

Initially, they offered him the noon news producer job; then, they sweetened the offer with a dream role for Brayboy – sports reporting. He took the leap. What followed was a 24-year career with WPVI. Brayboy’s sports reporting included covering some of sports’ biggest events including Super Bowls, NBA and NHL Championships, MLB World Series, and the 1988 Winter Olympics.

“A lot of people are doing the same things, which begs the question – what makes you unique? You have to find your uniqueness, and ask yourself how to set yourself apart from everyone else?”

Brayboy, a Charlotte native, returned to the QC in 2005; he took a break from broadcast journalism, landing several sales jobs as he decided where and how to re-invent and re-position. If anything, sales made him appreciate how much he valued being able to manage his own time – an important skill he’d come to use well in the next phase of his career.

In 2008, Brayboy received a call from his original boss at WSOC-TV – ironically, the same former boss who had recommended him for the position in Philadelphia back in the 1980s. This time though, he had a different opportunity for Brayboy – come on as a freelance producer and reporter for WTVI, Charlotte’s PBS affiliate. Brayboy accepted.

It was here that Brayboy started to get curious about carving out what would become The Charlotte Small Business Spotlight, a locally-produced television show profiling the stories of local entrepreneurs and Charlotte’s small business community. “It was right around the time the economy was tanking, and I was looking to develop some new skills that could lead to something else,” he shares. “A lot of conversations about small businesses were starting to take off, so I started thinking about how to leverage that with the space and equipment that WTVI was providing.”

Brayboy used his already sharp reporting and producing skills, but combined them with two, freshly-acquired skills – shooting and editing film. He went on to shoot, edit and produce 13 episodes of the show in 18 months. “The whole experience helped me to realize that I could sell my skills as a reporter and a producer,” he said. “And I enjoyed the profiles and the storytelling – which is made me realize that if you wanted to do a video for your business, I could help you tell that story.” 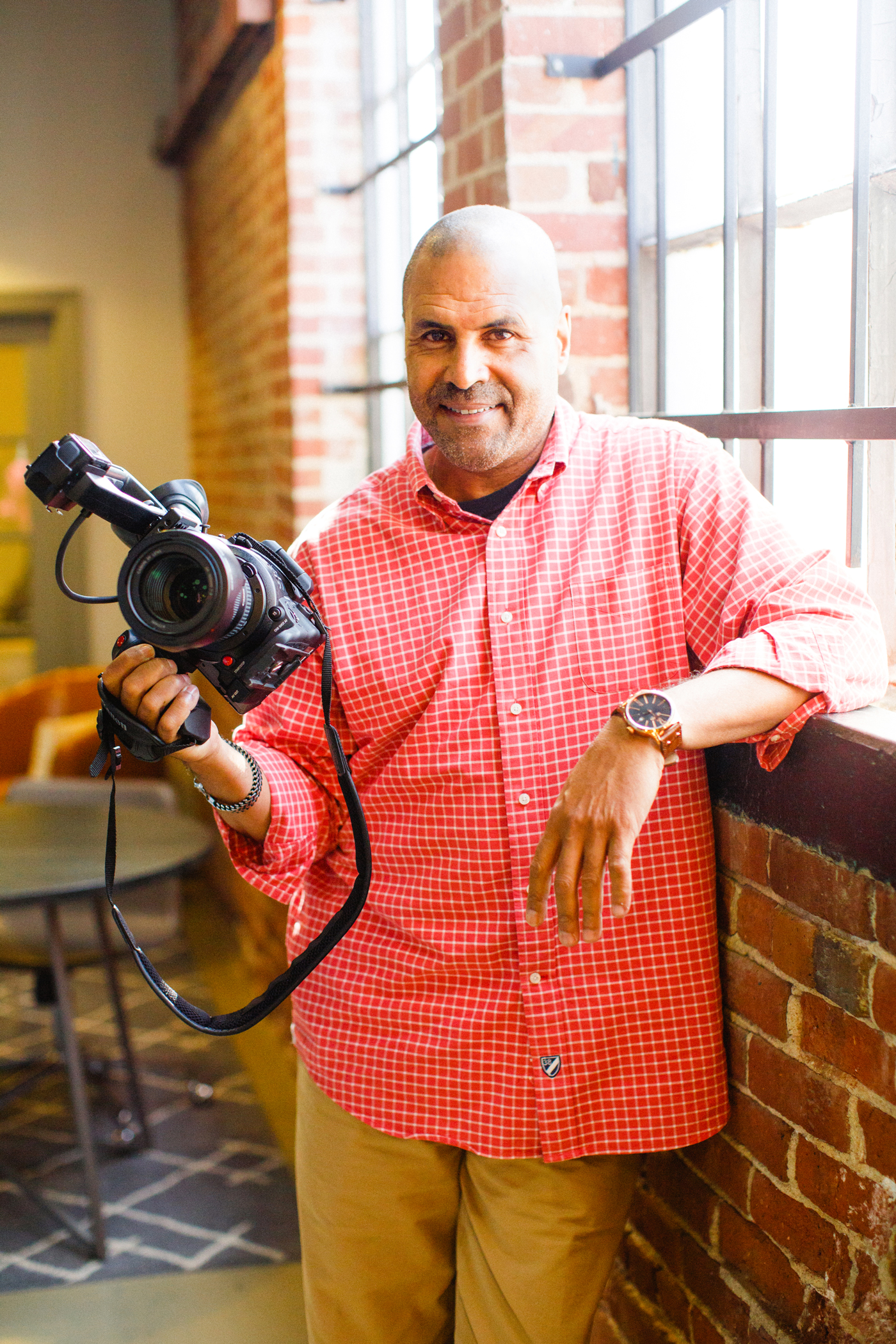 “A lot of small business owners think you can turn the lights on, and people will just show up, but that’s not the way it happens. People need to plan not only their product and service, but also the ability to attract people to that product or service.” 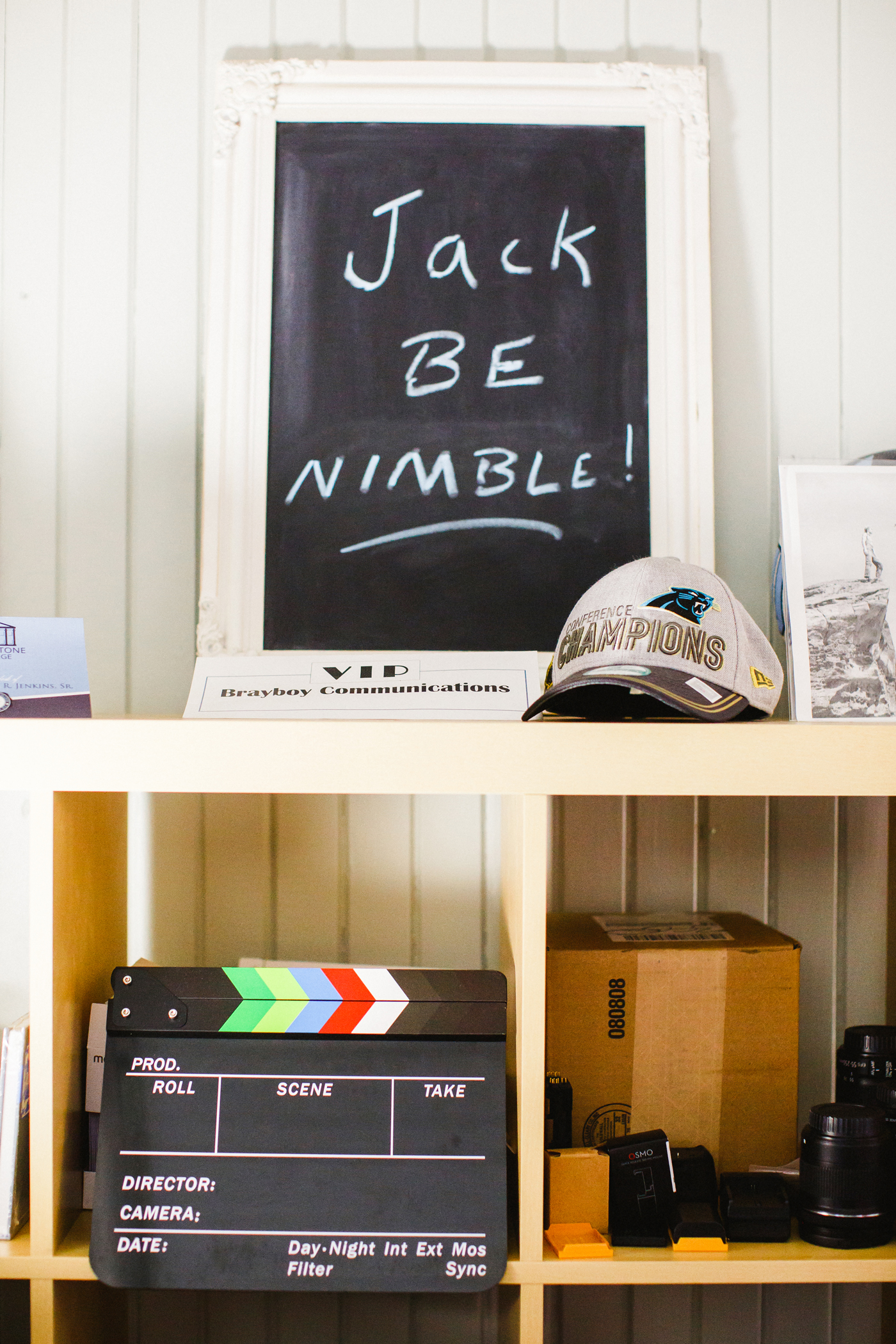 In 2010, he launched Brayboy Communications, Inc.; today, he serves as the company’s President and Chief Creative. His work captures a lot of behind-the-scenes moments; the stories that empower businesses; the explanation as to why and how people in that respective org tick. As well, he is the face of Novant Health’s Healthy Headlines, serving as Health Reporter and Producer for video that Novant airs on their social media channels. He creates similar content (though not necessarily health-related) for The Charlotte Observer’s social media platforms.

There’s no doubt that Brayboy thrives on connecting intimately with people and their stories. He thrives even stronger if he has the creative freedom to share those stories with the world. In that sense, other peoples’ energy makes him tick. “The get-up-and-go that people have inspires me; and I’m enthused by all the young people with great minds out there,” he gushes. “I see it here at Hygge – that creativity and energy people have – I’m impressed by what I see on a daily basis.”

As much admiration as he has for other people, we can’t help but acknowledge that he is the personification of his main life philosophy which is handwritten on a board above the bookcases in his office at Hygge.

It reads: Jack be nimble.

EXTRA FOOTAGE: In 13 episodes of The Small Business Spotlight, Brayboy talked to a lot of Charlotte entrepreneurs and small business owners. What were the strongest themes across those conversations?

Their business is their baby. “There’s really nothing like the passion [someone has] behind their business; people are always willing and happy to talk about it.”

A lot of people don’t understand how important it is to market themselves. “A lot of small business owners think you can turn the lights on, and people will just show up, but that’s not the way it happens. People need to plan not only their product and service, but also the ability to attract people to that product or service.”

Ask yourself, ‘How do I set myself apart?’ “A lot of people are doing the same things, which begs the question – what makes you unique? You have to find your uniqueness, and ask yourself how to set yourself apart from everyone else? 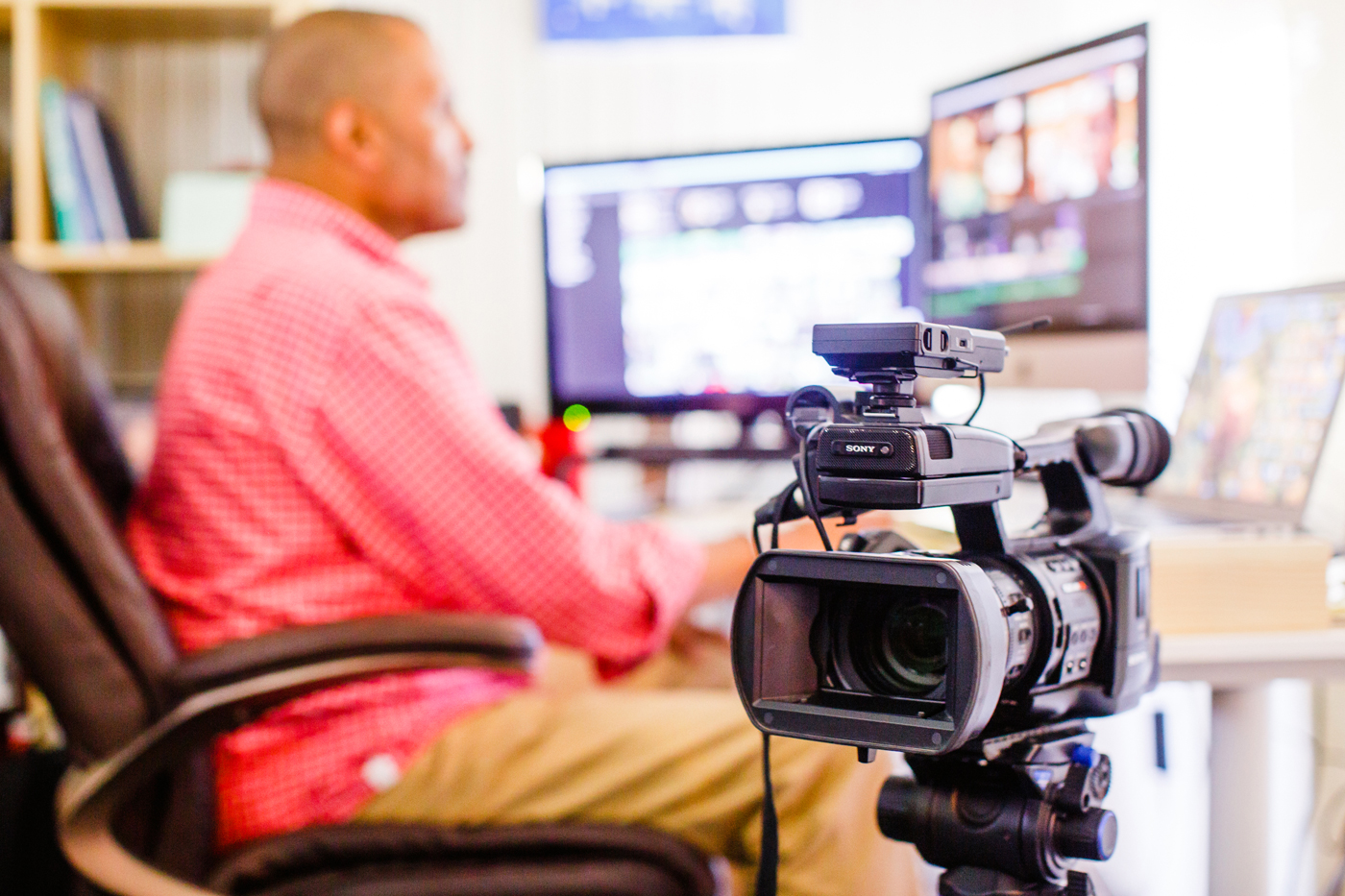 Jessi Cord: Tech Specialist for an Organization with the World’s Strongest...
Scroll to top