Such truth spoken by Josh Jacobson. Yes, he’s a consultant; AND also so much more – Jacobson is the Managing Director at Next Stage Consulting, a consultancy built exclusively for non-profit organizations or 501 (c)(3)s.

“Next Stage’s strength is our ability to help non-profits in organizational development, fundraising development and strategy,” Jacobson notes. Although they engage with all manner of non-profit organization, they look to partner with those organizations at an inflection point – a place where they’re preparing for or perhaps ready to take a dramatic step forward in hiring, resources, or strategic planning. In theory, organizations that are ready for that next stage. (Company name? Spot on. #mindblown)

So, how’d he get here? True to his word – the role really did find him. {Continued below photo} 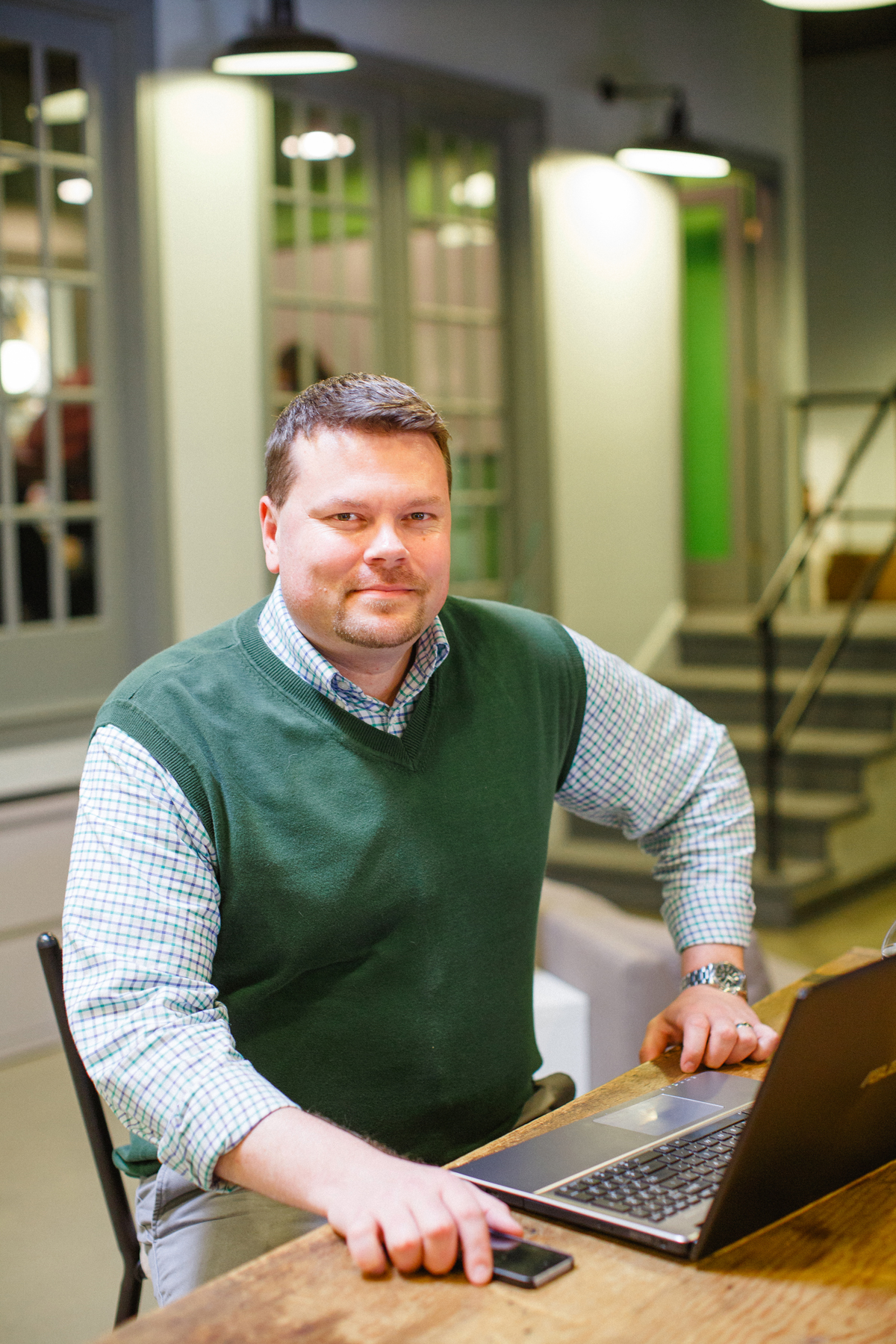 Jacobson moved to Charlotte from New York City in 2008 after working first as Senior Officer at The Juilliard School where he worked on the $150 million Campaign for Juilliard, and later as a Senior Resource Development Director with Manhattan Theatre Club on Broadway. Though he was engaged and his soon-to-be-wife lived in Charlotte, it was a precarious, bold time to be a new resident in a city hit hurt by the economic recession. Jacobson was up for the challenge.

“You make decisions out of college that are formative to your career,” Jacobson says. “And you look up ten years later, and you feel a bit pigeon-holed. I decided that re-booting and coming to Charlotte would help me to figure out what I wanted to do next.”

And there was certainly strengthening work to be done for Charlotte’s non-profit community in the midst of economic crisis.

“In 2008, non-profits were free-falling,” Jacobson states. “They needed to shift and change how they went about harnessing resources and funding.”

To do so, non-profits sought assistance and advice from industry consultants on how best to ride out the economic crisis. Given his professional experience in NYC, Jacobson was well-positioned to not only re-boot his career in Charlotte, but also contribute to the strategy by which Charlotte’s non-profits rebounded.

And that’s exactly what he did. From 2008 to 2012, he was responsible for helping non-profits not simply figure it out –but move forward confidently. Since 2009, he’s helped over 150 non-profit organizations. “You learn a lot from all those different strategy frameworks,” Jacobson notes with a laugh.

Today, Jacobson’s Next Stage Consulting works with social cause or founder-led organizations as well as emerging organizations with professional support and mid-size organizations agile enough to reposition before taking the next big step forward.

Charles Thomas from the Knight Foundation at #IlluminateCLT

“In 2008, non-profits were free-falling,” Jacobson states. “They needed to shift and change how they went about harnessing resources and funding.” 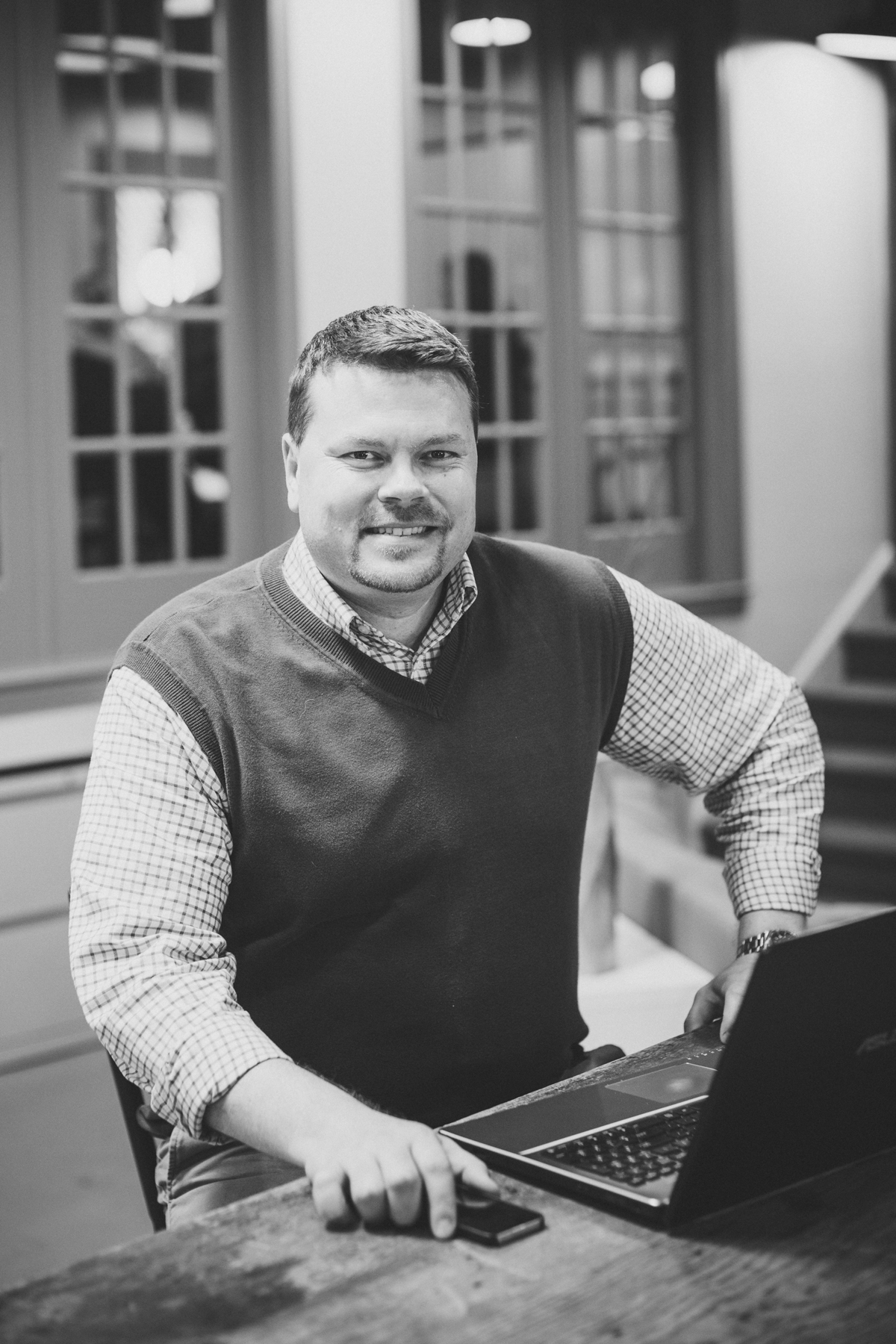 Next Stages works with non-profits throughout the Carolinas; 80% of their work though is in Charlotte. “I go looking for what’s happening in other places so I can bring it back and we can learn more here in Charlotte,” he notes.

If we’ve learned anything about Jacobson it’s that he’s willing to invest time and energy to places and organization that matter. And we unabashedly add Hygge to that list.

He was one of the first members of Hygge when it opened in fall 2015.

“I found that co-working at Hygge opened up everything for me,” he says. “I made friends, thought about things differently, thought about my personal brand. I needed to be in a place that challenged me, and I found Hygge encouraged this cross-pollination in thought that made a difference in the way I did business.”

2016 was the year Jacobson leveraged his “Hygge-ness” (his word, not ours – and AWESOME) to tell more people about what Next Stage was all about.

He hosted a bi-monthly speaker series from Hygge’s Living Room. The series aptly named Illuminate was designed to bring to light (one might say “illuminate”) issues in non-profits that non-profits aren’t talking about. A perfect and timely example: How to work with a board where there’s diversity in thought or perhaps political conflict.

As well, to celebrate Next Stage’s two-year anniversary, Jacobson offered a Non-Profit Residency, calling for RFPs (requests for proposals) for local non-profits who needed six months of space to collaborate together at Hygge.

“Too often, non-profits are limited in space. They’re stuck in a closet somewhere or working virtually,” he adds. “Non-profits benefit greatly from being in a space like Hygge together.”

Circle de Luz, a Charlotte-based non-profit committed to empowering young Latinas through extensive mentoring, programming and scholarship funds for further education, was awarded the Non-Profit Residency. And, to this day – almost a year after their Next Stage-empowered residency ended – they continue to operate daily from Hygge’s Hill Street location.

That year of exposure for Next Stage shifted Jacobson’s business. Only several months into 2017, Jacobson is fielding tremendous interest from potential Next Stage clients. So much so, he hired Next Stage’s first, full-time Associate, Caylin Viales, who worked as a Program Associate with the GreenLight Fund, a philanthropic organization rooted in the venture capital community. In just three years, Vailes supported the selection and launch of several high-performing, national organizations in Philadelphia.

“Our growth in 2016 signaled a shift for Next Stage,” he notes. “Now, we have a team to support the really cool projects I want to work on.”

Yes, consulting found Jacobson; but, we can’t help but think his attitude is just as responsible for his journey – and his success.

“You have to stay true to yourself and hold true to what’s important to you. You’ll connect with people. And when the opportunity comes up, you have to be brave enough to step into it,” he says.

With that said, the sky’s the limit for Jacobson’s next stage.

What’s your go-to, favorite beer? “I’m a huge craft beer fan, so it’s hard to choose just one, but I think Wooden Robot is our strongest and best brewery in Charlotte, and I’m a big fan of their Good Morning Vietnam beer.”

You’re spotted a lot wearing a good ol’ sweater vest. What’s the story? “It started a couple years ago, really. I’m a big believer in the uniform-outfit-concept, so I have a sweater vest in every color, and I’ll wear one right up until 80 degrees. I think today is my 79th straight day wearing a sweater vest.”

What’s an up-and-coming non-profit we should keep our eyes on? “Non-profits are a lot like a stock portfolio; you want your blue chip investments like the YMCAs and the some young, emerging, up-and-coming talent to invest in. Hip Hop Orchestrated and Scott Gardner’s About Face Charlotte are two fresh, new non-profits to watch.”