You’d never see that coming though, and I mean that in the kindest way possible. He’s reserved, calm, low-key; an observer. And he’s also creative and smart; strong and resilient. All characteristics that an entrepreneur should have – all characteristics he either knew naturally or figured out along his unique path. {Continued below} 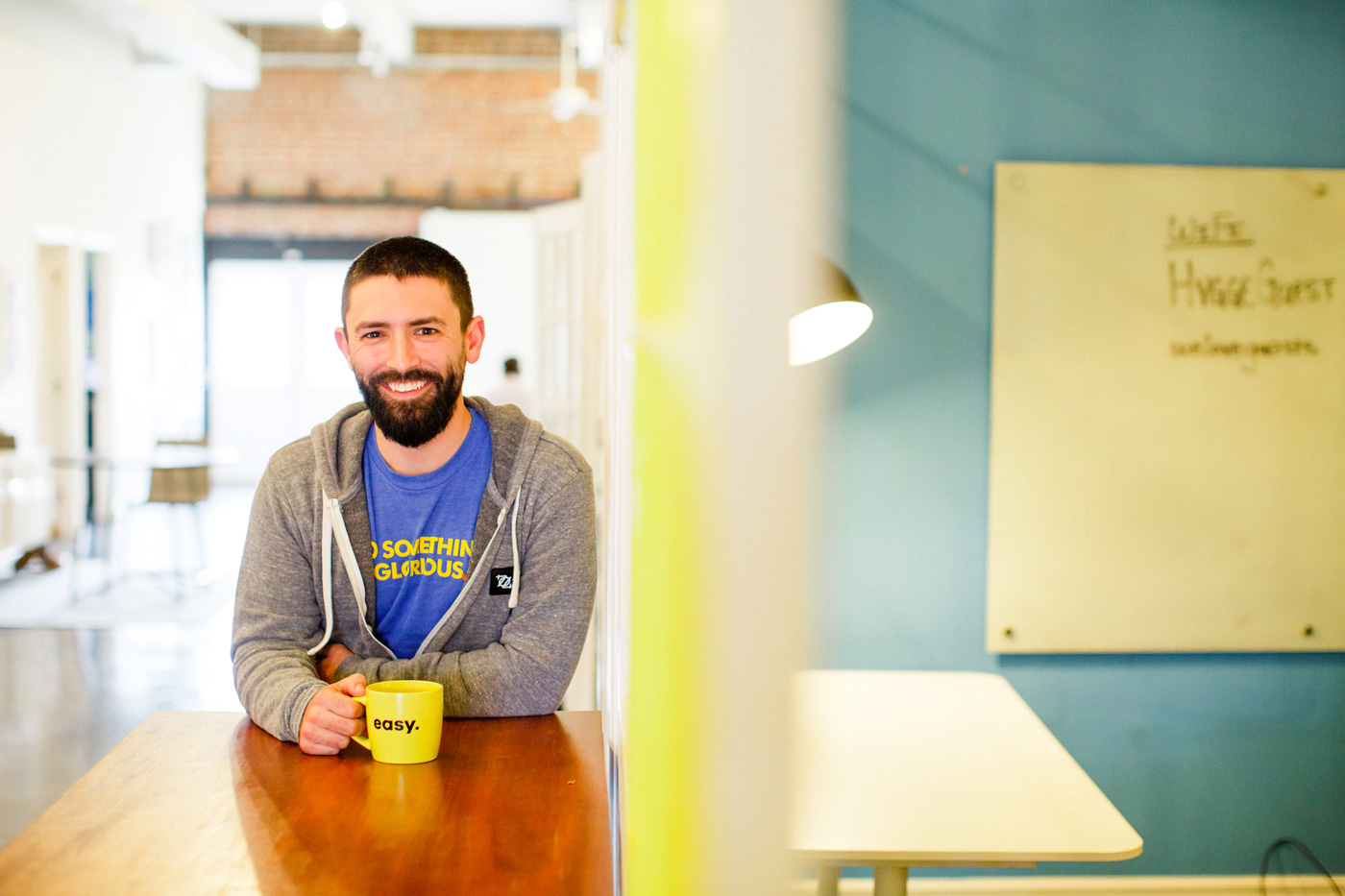 Rogers is a regular fixture seated at the high table by the front window at Hygge’s Third Ward location. It’s an appropriate perch for him to observe how and why people use coworking. He is one of the Co-Founders of smpl, software to manage coworking spaces.

The team started building the platform in March 2017; Rogers was fresh off a failed, startup experience with another venture. Hygge’s owner and smpl Co-Founder, Garrett Tichy, saw an opportunity. Tichy and team had designed smpl – they needed to find the right person to build it. Rogers was that guy.

“I think there is a lot of freedom in entrepreneurship,” Rogers shared. “And I do think it takes a certain kind of person to do this kind of hard work, and I tend to gravitate towards the harder stuff, things like Ironman races and ultramarathons; I just really believe in going for the hardest thing and fighting through it.”

A Mechanical Engineering graduate from the University of Connecticut, Rogers had experience with programming in high school and college – but nothing beyond that. Then, his friend and former college roommate, Mike Bifulco, encouraged Rogers to learn coding to build software. Rogers, who was living in California at the time bouncing between start-ups, took Bifulco’s advice. He freshened up his knowledge of modern software development with free resources or inexpensive online courses. He was able to learn exactly what he needed to build things like backend development.

Rogers knew about process and problem solving from his engineering degree; then, he taught himself software development. But his path would not be possible without one of the important skills that you just can’t teach – the entrepreneurial spirit.

Rogers loved entrepreneurship – both the independence and the struggle.

“I think there is a lot of freedom in entrepreneurship,” Rogers shared. “And I do think it takes a certain kind of person to do this kind of hard work, and I tend to gravitate towards the harder stuff, things like Ironman races and ultramarathons; I just really believe in going for the hardest thing and fighting through it.”

Rogers has listened to that entrepreneurial spirit several times – sometimes professionally, sometimes personally. Example: Like when he decided to quit his day job and ride his bike across the United States.

And that got him thinking. 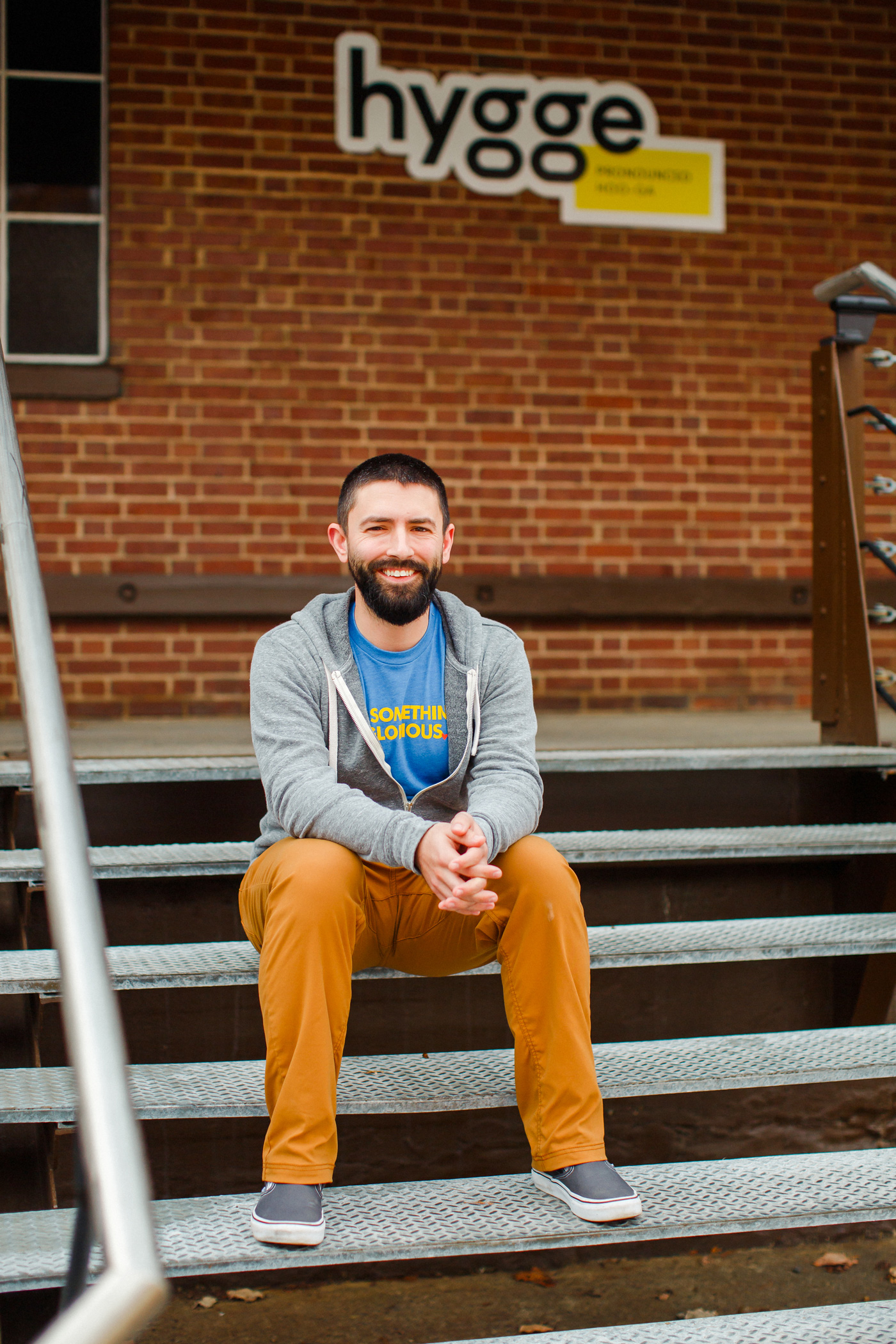 “There’s a weird thing that happens to you when you don’t speak out loud to another person for, like, 12 hours,” he shares. “It’s like meditation in the sense that you sort of learn how to watch your thoughts and your thought process as it’s unfolding.” 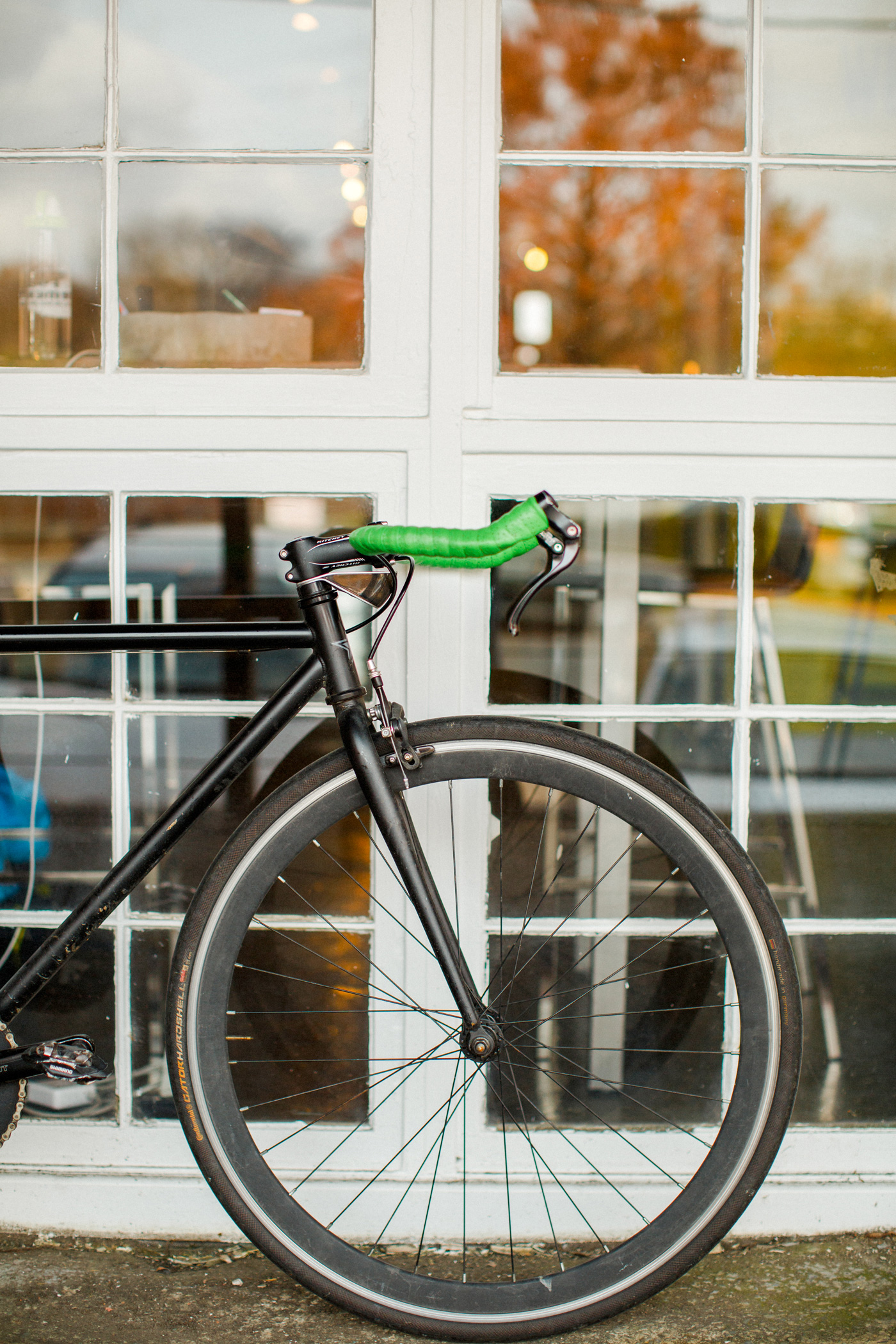 So, he set off from Portland, Oregon bound for Washington D.C. It took him 52 days of riding across the country in the shape of a giant ‘N’ through places like Missoula, Boulder, Chicago, Indianapolis, Asheville, Charlotte, Richmond, and then to D.C. He camped at night or slept in cheap motels; he documented the journey on YouTube. He also learned a lot about himself.

“There’s a weird thing that happens to you when you don’t speak out loud to another person for, like, 12 hours,” he shares. “It’s like meditation in the sense that you sort of learn how to watch your thoughts and your thought process as it’s unfolding.”

Rogers moved to Charlotte in 2015. Today, he works on smpl and serves as a part-time Community Manager for Hygge’s Third Ward location. He’s also roommates with an old friend – Mike Bifulco, who was referenced above. Bifulco is also a Hygge member. The two have known each other for close to a decade now. In fact, a Gmail thread started in 2005 among their core group of close friends from college is now well over 100,000 messages.

Rogers is never too far from coworking. He and Bifulco live in the condo building connected to Hygge.

“A couple of years ago, Mike went to Vietnam to see his girlfriend, and he came back, and Hygge was just there,” he remembers. “I was new to Charlotte, so we both started working from Hygge; I think that first time we walked in and Garrett and Kayla were sitting at a card table, and said, ‘you should come work here!’”

Rogers’ world is a good blend of an engineer/developer/problem solver’s process fused together with an entrepreneur’s imagination. Neither would be possible though without his resiliency.

“Right now, we’re doing everything to build a company – there’s a lot of reward in that, but it’s not always easy,” he shares. “But, there no satisfaction or reward in the easy – or at least I don’t think so.” 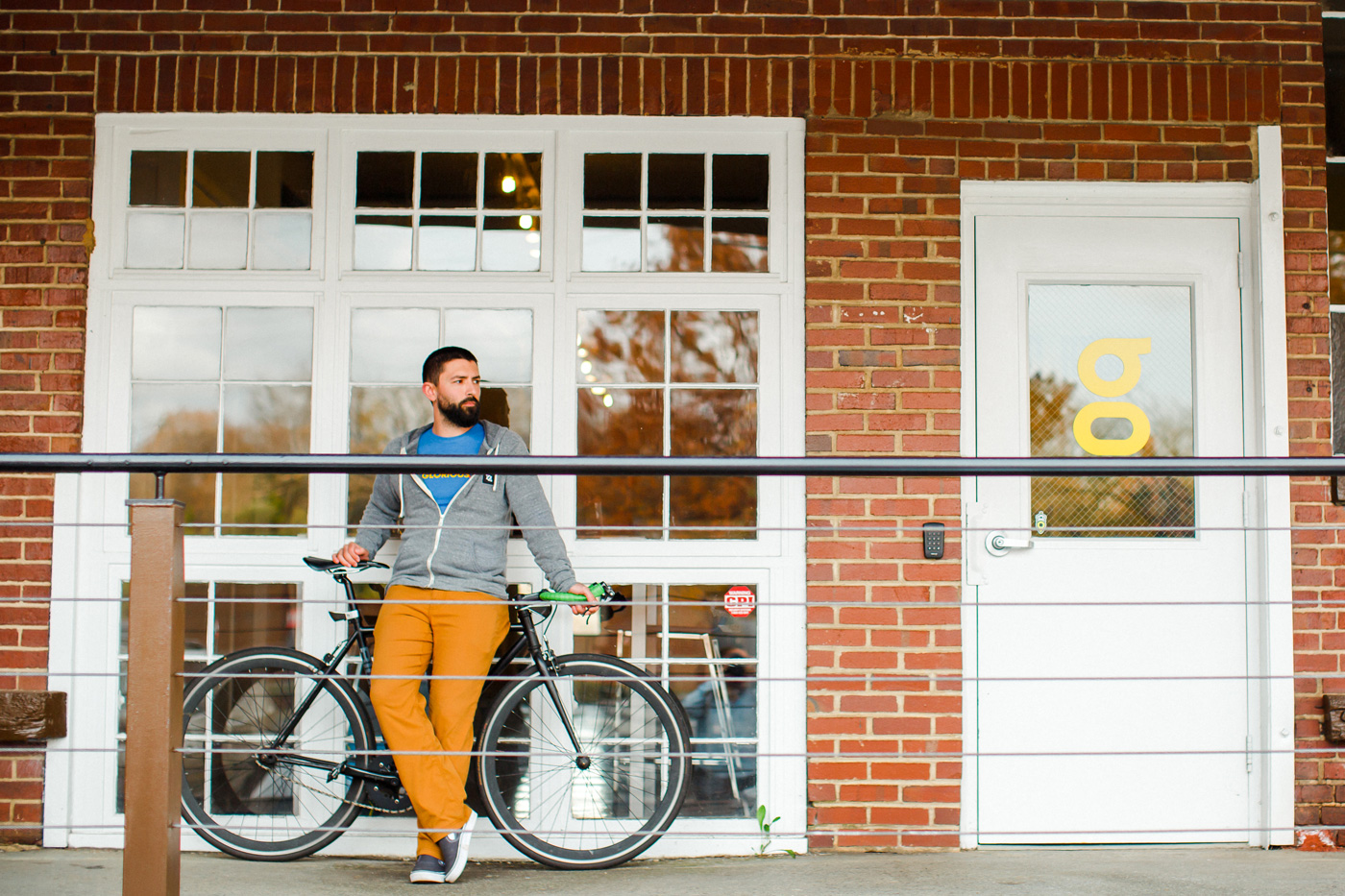 April Smith Stays Ahead of the Curve