The first time I met DC Lucchesi, I wasn’t really sure what happened.

Though I don’t remember the specific circumstances, I remember feeling almost overwhelmed by his natural energy, spark and animation; his contagious laugh had me laughing at I-don’t-even-know-what. It was an experience. DC is an experience.

But as much of an experience as DC is, I remember in the first moment also feeling instantly included – like he’d known me for ten years, when in reality, he’d only known me for a couple of minutes. He made me feel a part of whatever he was thinking about, working on or talking about. It’s as though I was immediately invited to whatever party he was about right then, right there. I’ve later come to appreciate that that’s probably why and how he bounds into almost every room asking, ‘What’s up, party people?’

DC Lucchesi is a real character – with a really big heart. {continued below} 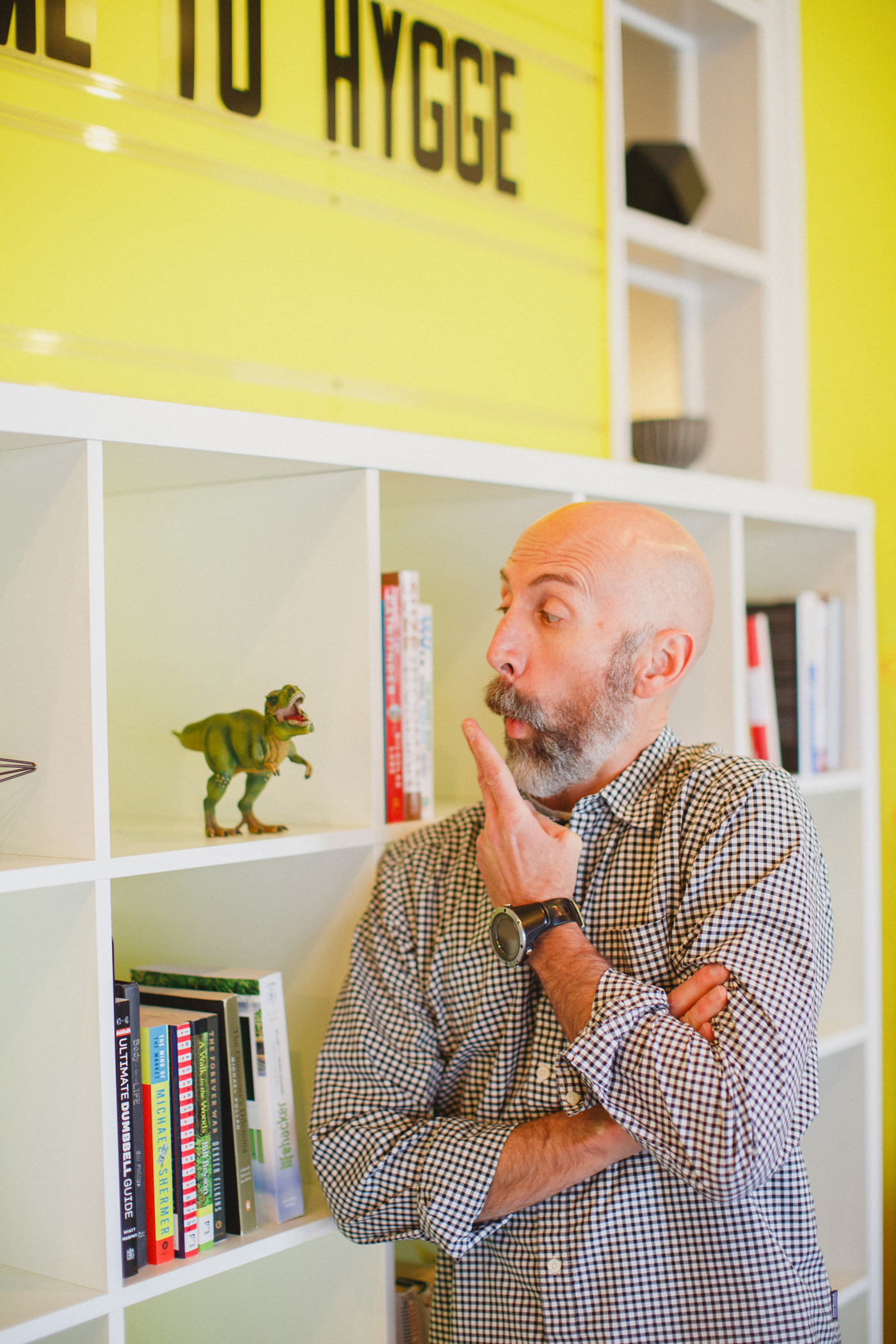 Yet, it’s still so much more.

“I used to say that we did media marketing,” he recalls. “But over the course of it, we’ve morphed into a really nice balance between folks who are retail clients and the opportunity to do stuff that makes a difference in the community.”

In the same way I was struck by how he made me feel upon meeting him, I’ve come to appreciate his business philosophy. That as often as I see him or hear him working on well-run projects, I feel like I know just as much about his family, his kids’ activities, his volunteering, how long it took him to cycle to Hygge from Cotswold today. He’s a real person. And he anchors his business as such.

Either consciously or unconsciously (perhaps a healthy balance of both), Lucchesi operates by three key philosophies: get to the honest conversation, do some serious good, and make great relationships.

“I want to get to that honest conversation”

“We’re not going to put together a big song-and-dance pitch for you like this is an episode of Mad Men,” Lucchesi notes. “I want to get to that honest conversation with you, the client, as quickly as possible.”

So, what’s that mean? He challenges clients to be honest about what they want to accomplish, about what resources are available, and also – and more importantly – about what’s possible. It’s then that Lucchesi and team can be as real and as real-efficient about what they create for clients.

And the clients they partner with – Jesse Brown’s, Bicycle Sport, the City of Charlotte and Mecklenburg County to name only a few – are testaments to Lucchesi’s honest-conversation-philosophy.

“Yes, I know this is a business and we’re getting paid,” he notes. “But if we can work together and do something that at the end of the day, week, quarter, that results in some kind of positivity – that’s good. I have to feel like I’m doing some kind of good.”

And Lucchesi’s work on Open Streets 704 is creating that some kind of good. 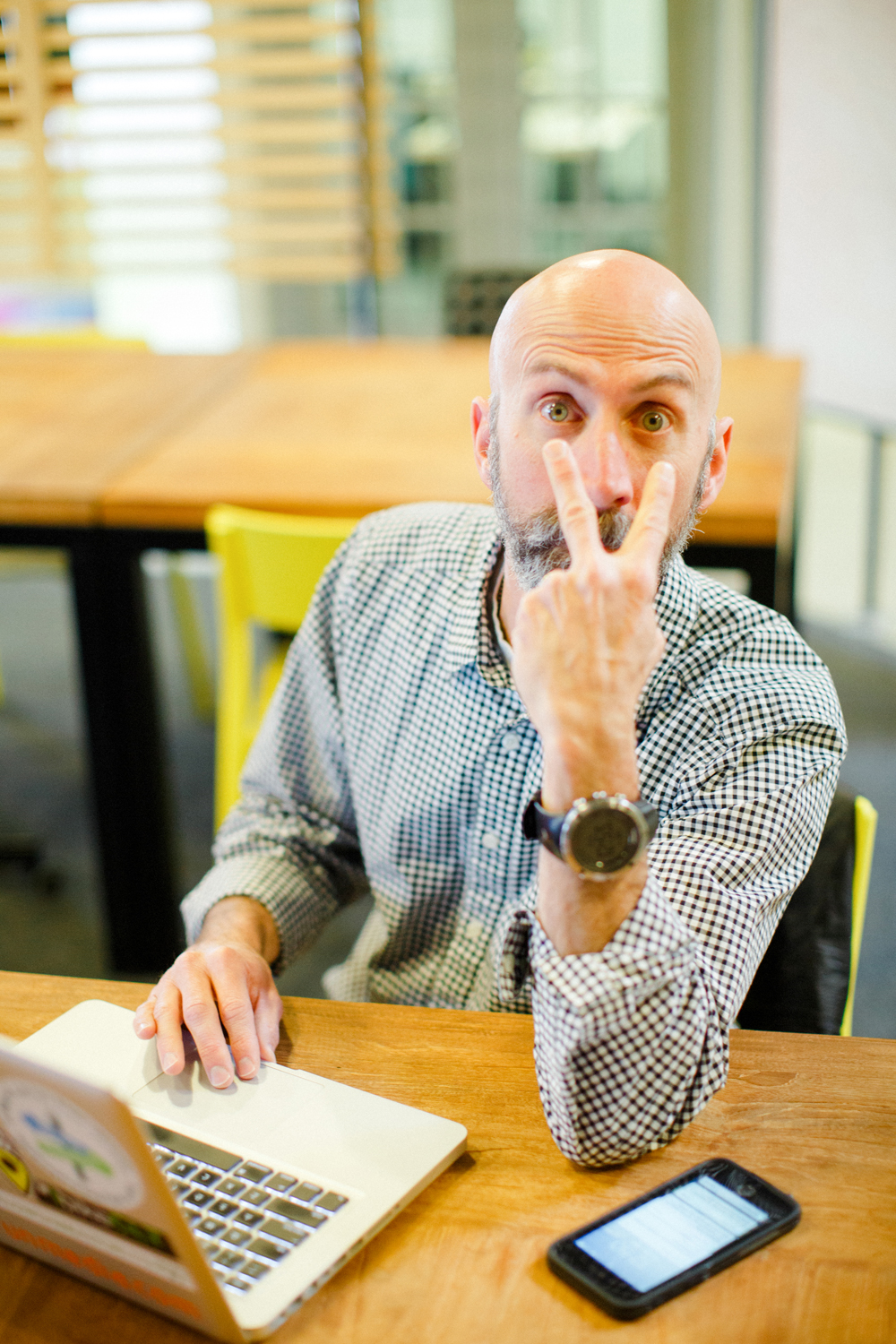 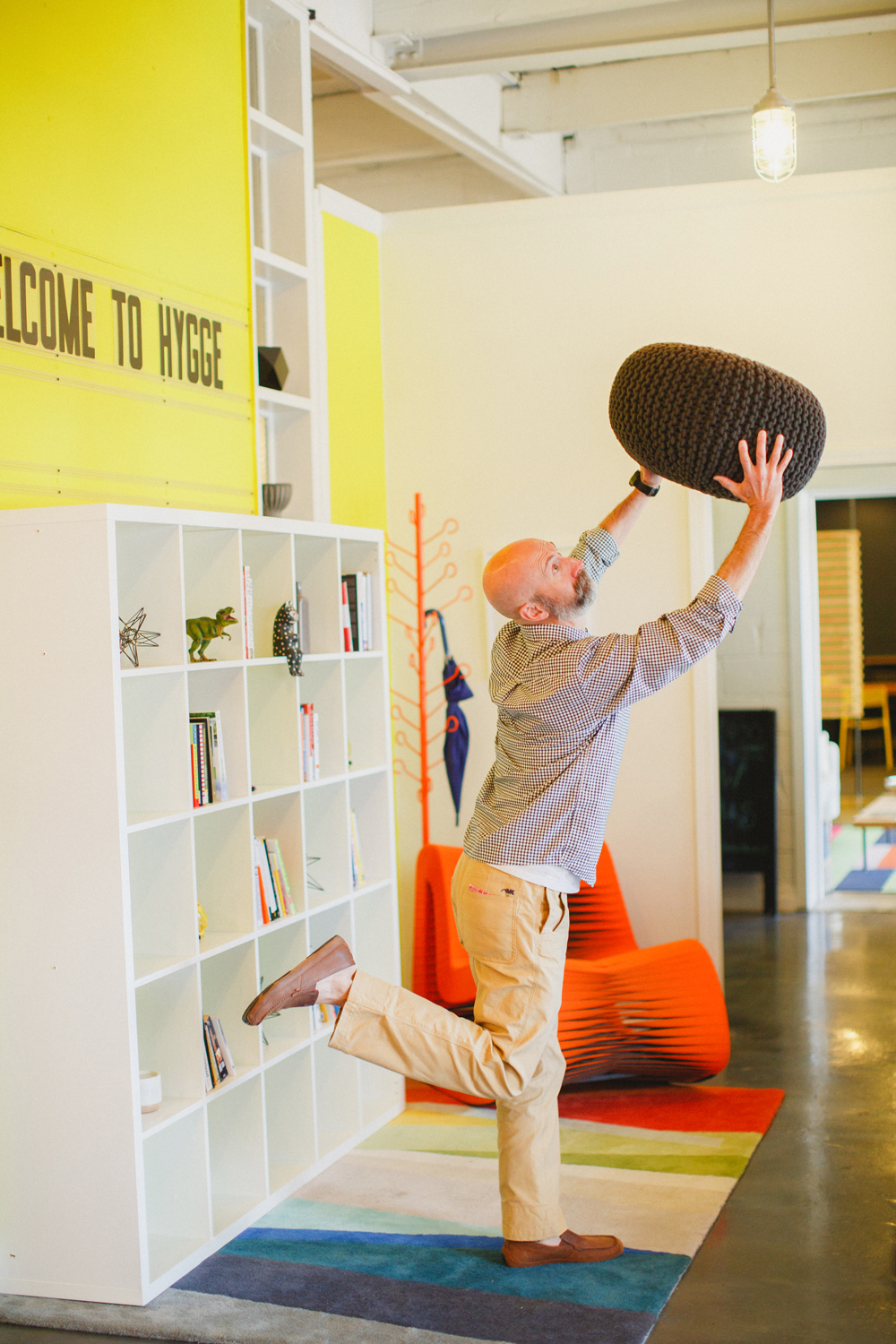 This is the second year for Open Streets 704. The event coming up on Sunday, May 7, 2017 will be the third event in this series.

Yes, it serious, mindful, well-planned effort to shut down specific streets to car traffic – ‘move the cars and and see what happens’, Lucchesi notes – but, it’s more so an effort to open the streets to people. The effort has gained momentum from version 1.0 to version 3.0 in a relatively short time. Lucchesi recounts how the conversations about Open Streets 704 have shifted from trying to explain the general concept to now answering questions for Charlotteans who want to bring the movement to their respective neighborhood.

“Open Streets has been refreshing because its local government, private businesses, volunteer groups, volunteers getting together to pull something off,” he shares. “No one specific entity or group owns it which means we can make decisions for the betterment of the community.”

As much as roads are there to connect, they can cut off, he adds. Roads built for connectivity, can also divide – neighborhoods, communities, people.

This year’s Open Streets 704 will open the streets starting in Plaza Midwood and stretching into East Charlotte – and, at the same time, bring about a bigger, better, more global view of how we connect.

“Open Streets has the power to bring people together, he notes. “That’s a good thing with a lasting impact.”

“From the beginning of this business, it was never about trying to figure out how I personally can do it all,” Lucchesi notes. “It’s been about putting ourselves in a position to help a client with other people – trusted resources. It’s a relationship-thing.”

The second you meet him, you know that Lucchesi is a relationship guy. He talks about opportunities to work with and collaborate with people he knows; he refers to all this as a relationship-world; at the drop of a hat, he can speak to specific relationships.

One such personal and professional relationship is that between Lucceshi and Kinetics Heights’ Founder Steve Gruendel.

“I’ve known Steve and his family for years; I coached his kids,” he remembers. “And how he’s started this opportunity for people to come together in a fun, active, cool way, and I’m happy to help a friend who’s starting a new business. I know what that feels like, and I know what you can bring to the table, and how we can help them.”

Hygge has also been a spot that’s fostered and supported Lucchesi’s relationship-world. He’s been able to farm out projects or pieces of projects to freelancers working from Hygge – all of which positively aligns with one of his guiding principles – that if he can’t do it, he knows someone who can.

“It’s a freelance world, and it’s been great for us professionally to have all these resources and people here at Hygge,” he says. “But it’s also been great to have the support of the folks here some of whom show up at our events or volunteer at things like Learn to Ride.” 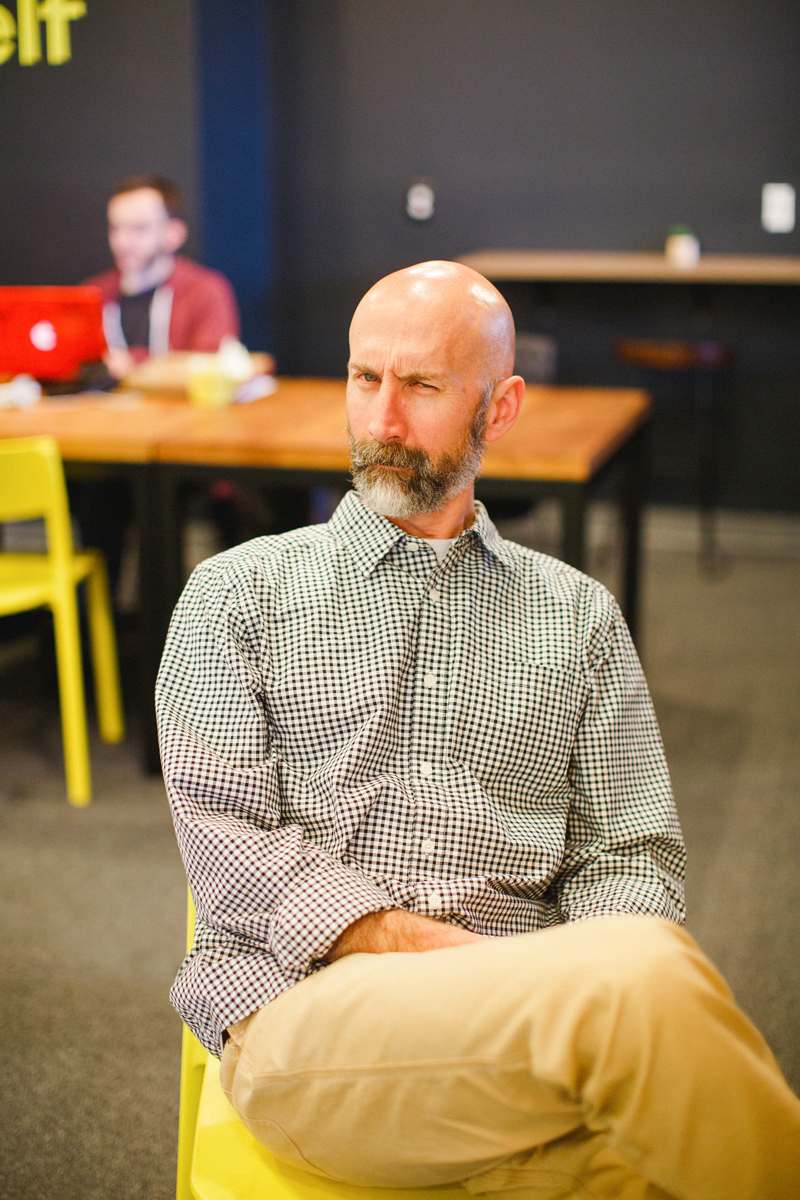 There’s no doubt that Lucchesi runs his business as he does his life – with honesty, a serious need to produce some serious good, and a drive to foster great and meaningful relationships that last.

But if there’s anything else to add to that life philosophy it’s his energetic and dynamic penchant for positivity, joy, and fun – much of which manifests itself in his joking approach.

“I do a lot of joking,” Lucchesi adds with a laugh, of course. “I can’t take it too seriously because that’s when it becomes un-fun.”

How Meggie Williams & The Waggle Company are Changing the Game for Charlotte...
Scroll to top