Running a small business isn’t easy. Working with family isn’t easy. But Loyd Visuals makes it look like it is.

The full-service video production company is run by brothers Khaleel, Najm and Maleek Loyd and has been operating since 2016. We’ve been lucky enough to have them in the hygge ecosystem since shortly after Khaleel formed the company while he was still working a corporate job in Charlotte, Najm was in Philadelphia working in fashion and Maleek was still in college.

We always say that coworking is much more than just cool space – it’s all about the people, and the Loyd brothers are a great example of that. But they know as well as we do that where you work has a big impact on your life.

“The environment that you’re in really dictates whether you’ll be successful or unsuccessful, so you have to be intentional about where you spend your time,” Khaleel says.

The Loyd brothers will be the first to admit they’re not good at bragging about themselves. They keep their heads down and do the work, so we’d like to take a moment to brag for them. Here are just a few things they’ve accomplished while at hygge:

Loyd Visuals was officially established as a business with the secretary of state in December 2016, and from there the brothers began working on some video projects in addition to each of their full-time jobs or schoolwork.

Khaleel, the oldest brother, started to take care of some of the nitty gritty business stuff – things like finding and working with clients, getting processes set up, etc. Najm’s background is in marketing and social media (he’s an actual, real influencer with brand deals and everything) so he began helping manage the Loyd Visuals brand and online presence, and he still does that today. Maleek’s passion is in videography – he’s the one who is responsible for the majority of the video and video editing work you see the company produce.

For about a year they all worked this way – remotely connecting with each other and taking on projects in their free time to build up the business. Then, in December 2017 Khaleel retired from the corporate world to pursue Loyd Visuals full-time. Khaleel continued to lay a lot of groundwork for the business while Maleek finished up his degree and Najm continued to support from Philly. Maleek went right from graduation to working in his own small business.

Khaleel was the first Loyd brother to enter hygge’s walls. During the time when he was still working full-time while also getting Loyd Visuals off the ground, he was commuting often between Greensboro and Charlotte. He needed a spot in the queen city to get some stuff done and joined hygge’s hill street location as a flex member.

a period of growth.

From 2017 to 2020, the Loyd brothers put their heads down and worked together. Maleek and Khaleel were on the ground together in Charlotte doing things like campaign videos and work for area colleges. The two of them moved to flex members working primarily out of the jay street and hill street hygge locations in 2018.

Najm played a supporting role in Philly until late 2019, when he decided to move to Charlotte. The timing couldn’t have been more perfect for him, he’ll say with a laugh. Just a few months after moving to be near family, the world shut down due to the Covid-19 pandemic. The three brothers saw all of their video projects come to a halt.

This was right around the time they felt they had grown enough to get an office at the Camp North End hygge location. They’d been in a smaller office, looking to take over a larger one that would allow them to have an editing bay and studio, when the state went under a stay-at-home order. 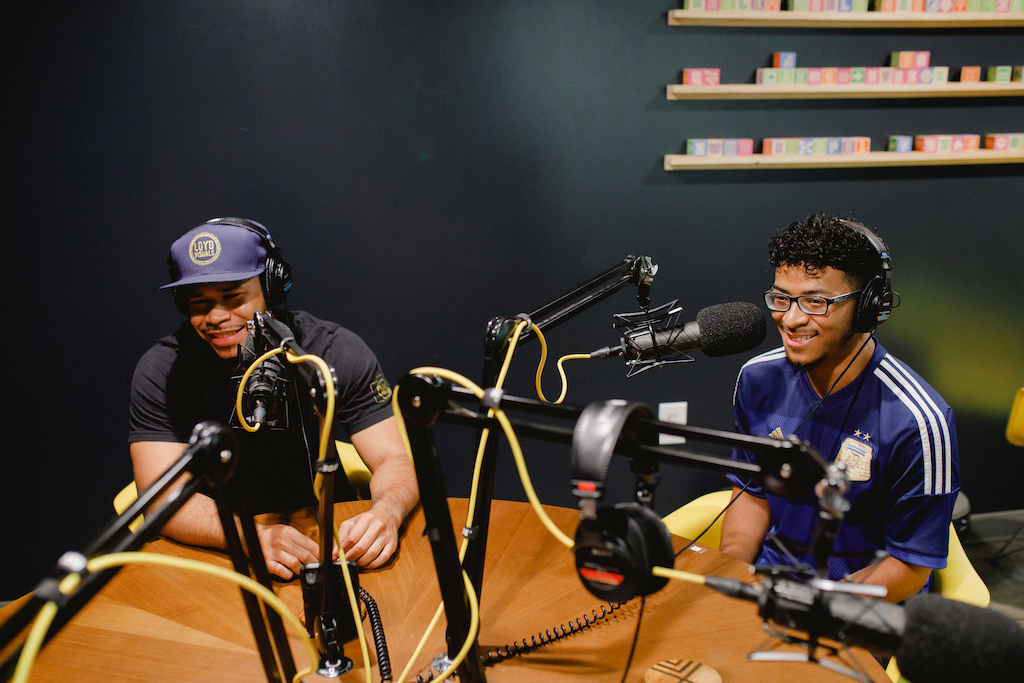 “2019 was a big year for us with so many great projects. We were coming off a high,” Khaleel remembers. “But everything happens for a reason. Almost all of our business evaporated because of Covid. We had at least three projects locked in that got completely cancelled.”

There wasn’t time to dwell on their frustration for too long, though. The brothers found some ways to offer services remotely, like helping folks with virtual events and doing some animation work. The summer passed and as they entered into Q4 in 2020, they saw they were about to have their biggest quarter yet.

They quickly hired their first interns, which was a new experience for them. Until then, they had only worked with and managed each other. Now, Maleek, who was only a few years out of college himself, had to teach and manage folks not too much younger than he was.

Projects kept on coming and the brothers realized they needed to keep momentum going. In 2021 they hired 5 additional employees and cultivated relationships with contractors, growing to a team of 8 taking Charlotte by storm.

“When you put it that way, it sounds fast from 2019 to now. But I feel like we took the right steps with the internships growing, and slowly adding on more people,” Khaleel says. “It feels natural, like we took the steps we needed to. But it’s still crazy to look back on how we’ve grown so much in two years. Blessed to be in this position.”

why it worked for them.

For Loyd Visuals, coworking started as a solution to Khaleel and Maleek needing a spot to get some stuff done that wasn’t their house. They wanted an environment where they could feel creative and productive.

But as their small business has grown, coworking has provided other benefits as well. 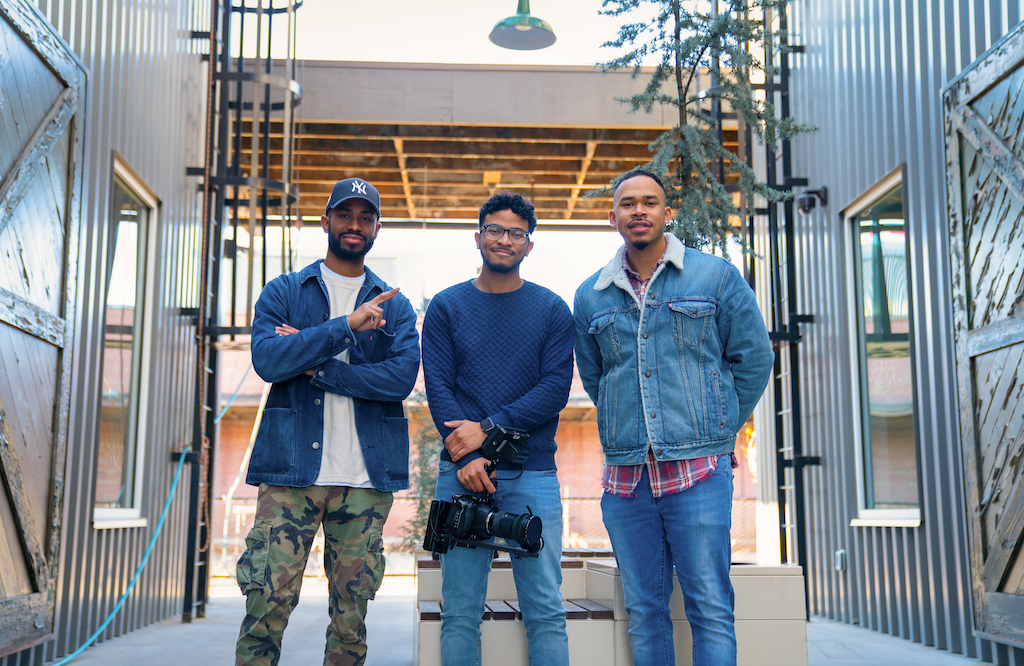 “Coworking provides a sense of community which is one of our core values,” Najm says. “So being in a space like this and having other small business owners operate in the same vicinity just feels better vs just working by ourselves. We get to meet new people, converse with other business owners, trade gems, figure out new creative processes.”

It’s also helped save them in some key areas. They’re able to take advantage of some of the free services and perks that come alongside being a coworking member. They can list hygge as their office address for tax purposes as well as on their website, plus they don’t have to consider the costs of things like internet or utilities.

“As a small business, we didn’t necessarily have the resources to go out and get our own office space, outfit the whole office, pay for utilities, cleaning, all of that,” Khaleel says. “I think coworking is a really good solution for small businesses and start-ups so that we can grow.”

buy a day pass
Maps were disabled by the visitor on this site. Click to open the map in a new window.
Scroll to top