Around hygge, we like to say coworking is a lot like a gym: you get out of it what you put into it. Meggie Williams, the founder and owner of Charlotte’s hottest dog bar Skiptown, agrees.

“I think one of the major benefits and joys of being part of a coworking experience is it does provide different outlets for success and for different definitions of success.”

Meggie and her team created a powerhouse business. Just a few of the things they accomplished while coworking at hygge include:

Skiptown, previously known as Skipper and before that known as The Waggle Company, is perhaps one of the best examples of this ideal. Over the course of four years, Meggie grew her startup from herself, her husband and a single employee to an 80-employee business which successfully pivoted several times to remain relevant and exciting for investors.

Meggie started The Waggle Company in February 2016 when she and her husband, Sebastian, were looking for quality dog walkers for their own pups. They created a dog-walking service which went above and beyond others they had found by giving dog owners a user-friendly experience and detailed updates. 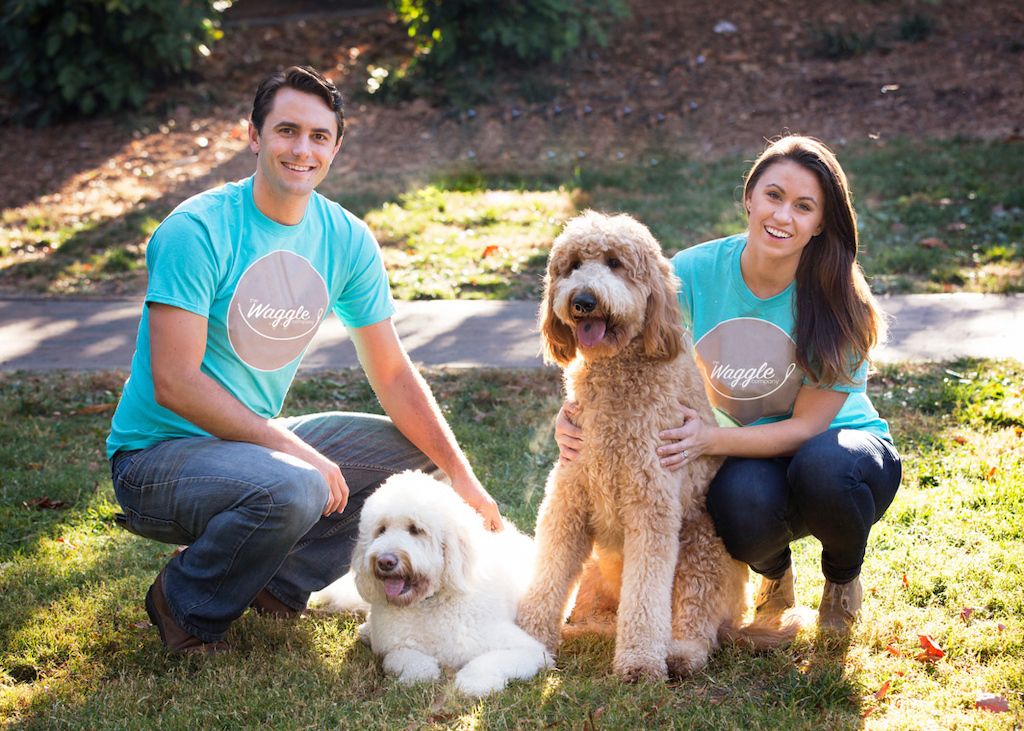 They joined the hygge coworking family in early 2017 when Meggie realized she needed to find a space to work from that wasn’t their own home.

“It wasn’t a hesitation when we walked into hygge,” she says. “We knew that was where we needed to be. It was the whole vibe. It just matched what we wanted and everything else just didn’t measure up.”

They joined as flex members out of hygge’s original location, hygge hill street. With a flex membership they were able to work in the open spaces at any of hygge’s locations any time they wanted due to the 24/7 secure access. They found themselves enjoying the great local coffee, using the meeting rooms to strategize for investor meetings and meeting other startup founders and small business owners.

In fact, Meggie met her best friend in Charlotte, fellow business owner Haley Bohon, who is the founder and owner of SkillPop and was also a former member of the hygge fam.

The Waggle Company quickly grew and underwent a name change, becoming Skipper and expanding their offerings. From a flex membership they moved into a single office, later taking on a second office and then a third.

After spending over two years at hygge hill street, Skipper was officially out of room. They needed a bigger space, and thankfully, one was coming. hygge coworking announced the coming of hygge jay street in late 2018 and officially opened the space in April 2019. Meggie and her team were some of the first to claim several offices at the location while it was under construction. 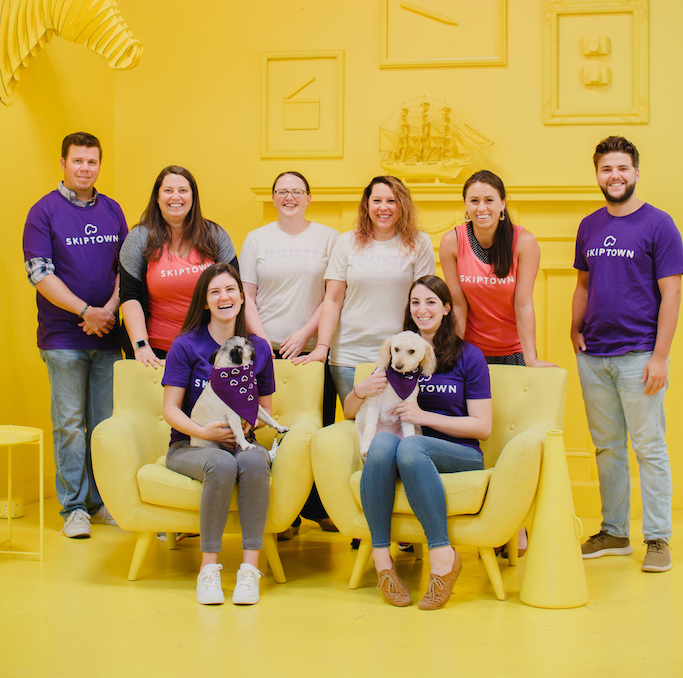 While at hygge jay street, the Skipper team began working on something big: a massive dog park and bar with luxury, specialty services. It would provide anything and everything dog owners might need: grooming, daycare, boarding or a space to hang out with other dog owners while enjoying a drink.

They began fund raising and finding investors for the massive undertaking. Things were well underway at the beginning of 2020. While at a conference in California in March, the news came that the NBA was shutting down for the rest of the season due to Covid-19, and within minutes Meggie was receiving calls from investors saying they could no longer promise the funding she needed for Skiptown.

It was a tumultuous time. She rushed back to Charlotte and immediately met with her staff so they could make important decisions. We interviewed her on our Zero to Ten podcast about that time period – you can check it out here.

You might be surprised to be reading a case study for a startup that no longer works at hygge coworking. But, that’s the nature of coworking. Startups enter our walls in growth mode most times. A sign of success is that they eventually outgrow us, and that’s exactly what happened with Meggie.

At the start of the pandemic, she and her team accelerated the timeline for Skiptown, successfully opening it in a matter of months. Skipper was no more: instead it had become Skiptown and continued to offer its at-home dog services in addition to the new breadth of options.

When Skiptown ultimately ended its membership at hygge, they had grown from a small, three-person team to 15 full-time employees working out of our space across several offices at hygge jay street. They had 80 employees total. They ultimately left because they created their own brick and mortar business.

“There’s a lot of things we do now that we learned by watching it be done at hygge, like how to set up really good meeting spaces, or how to design a kitchen that’s going to be functional and easy to use and organized,” Meggie says. “We adopted best practices.”

why it worked for them.

When Meggie began looking for a coworking space to build her business out of, she did so to not only find a space to work in, but to also give her employees access to a community.

“It was an appeal to our employees because we were still building our own internal culture,” Meggie says. “It was enhanced and benefitted by hygge’s culture. You were getting a two for one, you got the benefits of being a part of the Skipper family, and then the benefits of the hygge family.” 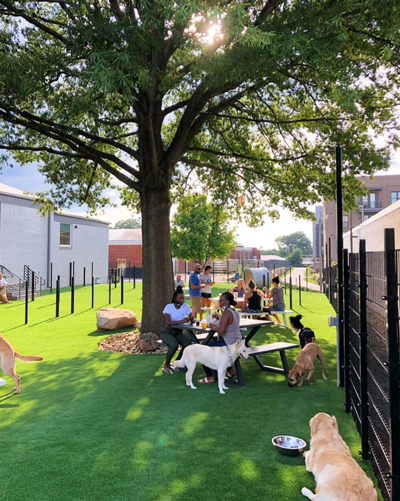 We asked her how others could get the most out of coworking like she did, and she acknowledged it really depends on what they’re looking to get out of it. It can be a space where you simply come in, sit with your head down and tackle your to-do list, or it can be that plus a place where you can meet others and engrain yourself in Charlotte.

Meggie and her entire team did the latter. They attended community events like Zero Day and continuing education classes. They joined in at happy hours and introduced themselves to others in the space while they were hanging out outside of their office.

This ultimately led to not only the development of personal relationships for Meggie and her team with other members, but to the development of several business partnerships, like one Skiptown has with Calvin’s Craft Cookies to serve their dog beer at Skiptown.

Outside of the culture, Meggie also says building her startup out of a coworking space gave her something else important: time to focus on her business. Rather than worrying about things like how to set up wifi or get quality coffee for her team, Meggie was able to focus on scaling her business.

“All of the things provided by hygge gave me the time to focus on the problems of the business,” Meggie says. “I can’t quantify that but I know that’s immensely valuable, especially when you’re resource constrained.”

Coworking is about more than space, it’s about people. People are why hygge does what it does, and Meggie was someone who understood that:

Want to learn more about how coworking could work for your startup? Click here.

buy a day pass
Maps were disabled by the visitor on this site. Click to open the map in a new window.
Scroll to top