Then-21-year-old Jorey Jones had just left Clemson University a year shy of graduating after three years studying Architecture and Graphics Communications. Yes, he was looking for a job, but, more so, he was seeking a bigger plan, a clearer direction.

“Here I was an intelligent guy, and I was literally doing nothing,” he remembers. “Then, Obama got elected, and I thought to myself, ‘I’ve got to do something.’” {Continued below} 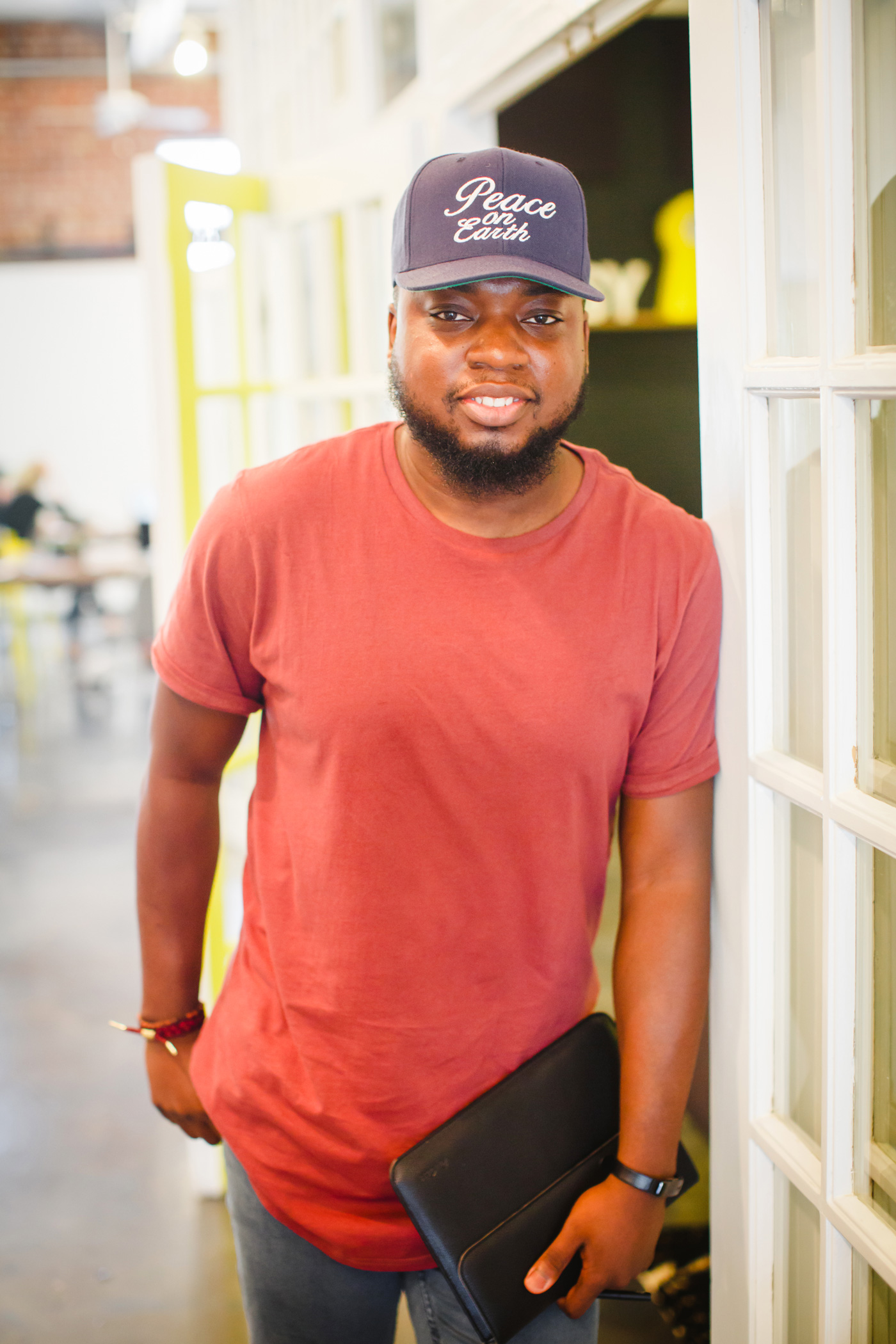 And he did. Jones joined the Army.

Smart, athletic, and agile, Jones took to the experience well. Having grown up a military brat, living all over the world in places including Washington State, Germany, and the low country of South Carolina, he understood how military culture worked.

In 2012, he was deployed to Afghanistan. While there, he was content, but I’m not fully happy. He started working at night on a clothing line with a friend in the States. What was late at night for Jones in the Middle East, was daytime on the East Coast, so the two collaborated in the off hours. The clothing line, Crave, launched while Jones was overseas. Though he missed the experience of it, the experience of designing the line wasn’t lost on him in that it re-ignited a creative passion.

Nine months later, Jones returned to the States with one dream – he wanted to design.

Where to do that was the next question.

“I was debating between Atlanta and Charlotte,” he shares. “But then, I realized that I can actually grow with Charlotte.”

He moved to Charlotte in 2013; and he started at The Art Institute of Charlotte. “I started learning more and more every day and every night through school and then YouTube University,” he says with a short laugh.

“I was debating between Atlanta and Charlotte,” he shares. “But then, I realized that I can actually grow with Charlotte.”

The journey and the hard work paid off; he will graduate from the Art Institute in December. Until then, he’s creating a name for himself as freelance, graphic designer specializing in user experience. His primary focus is branding and design for small companies many of whom gravitate towards his signature style: simple design, substantial function – and some magic.

“One of my favorite feelings in the world is giving people something they weren’t expecting,” he shares.

Has his military experience informed the way in which he designs? “The military helped how I talk to clients,” Jones says. “I want them to trust me, and I want them to know I will get the business done for [them]. Also, it’s helped for those times when [clients] bring you an idea, and then switch it up; changing gears happens a lot in the military, so it’s not that hard to do that for a client; it doesn’t stress me out.”

He was leading all creative direction for Trimz&Co. Styling Bar’s launch, and, given the scope of the project, needed office space. He found Hygge on a list of co-working and/or office spaces in the Charlotte area. And Jones was drawn to it. 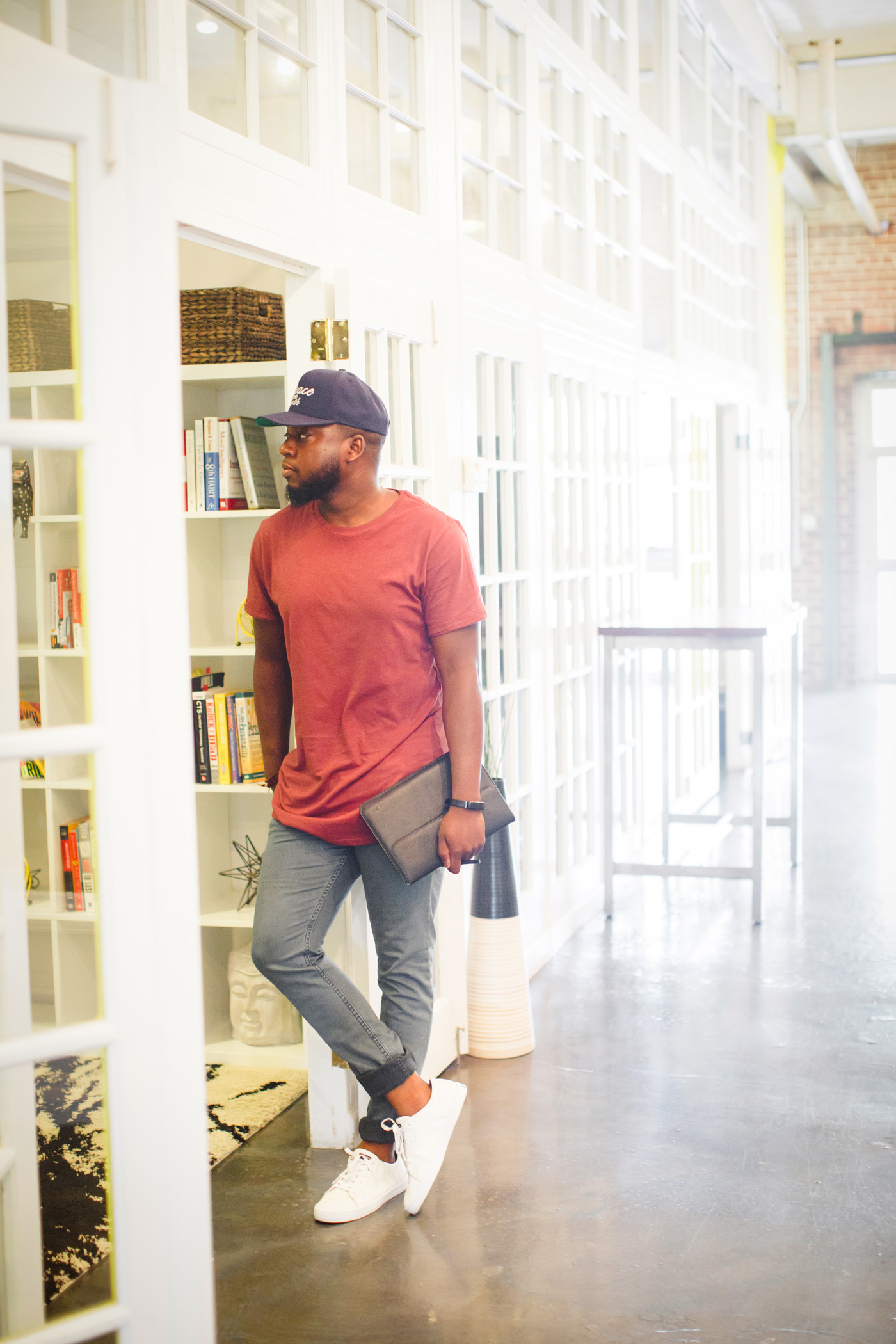 “One of my favorite feelings in the world is giving people something they weren’t expecting,” 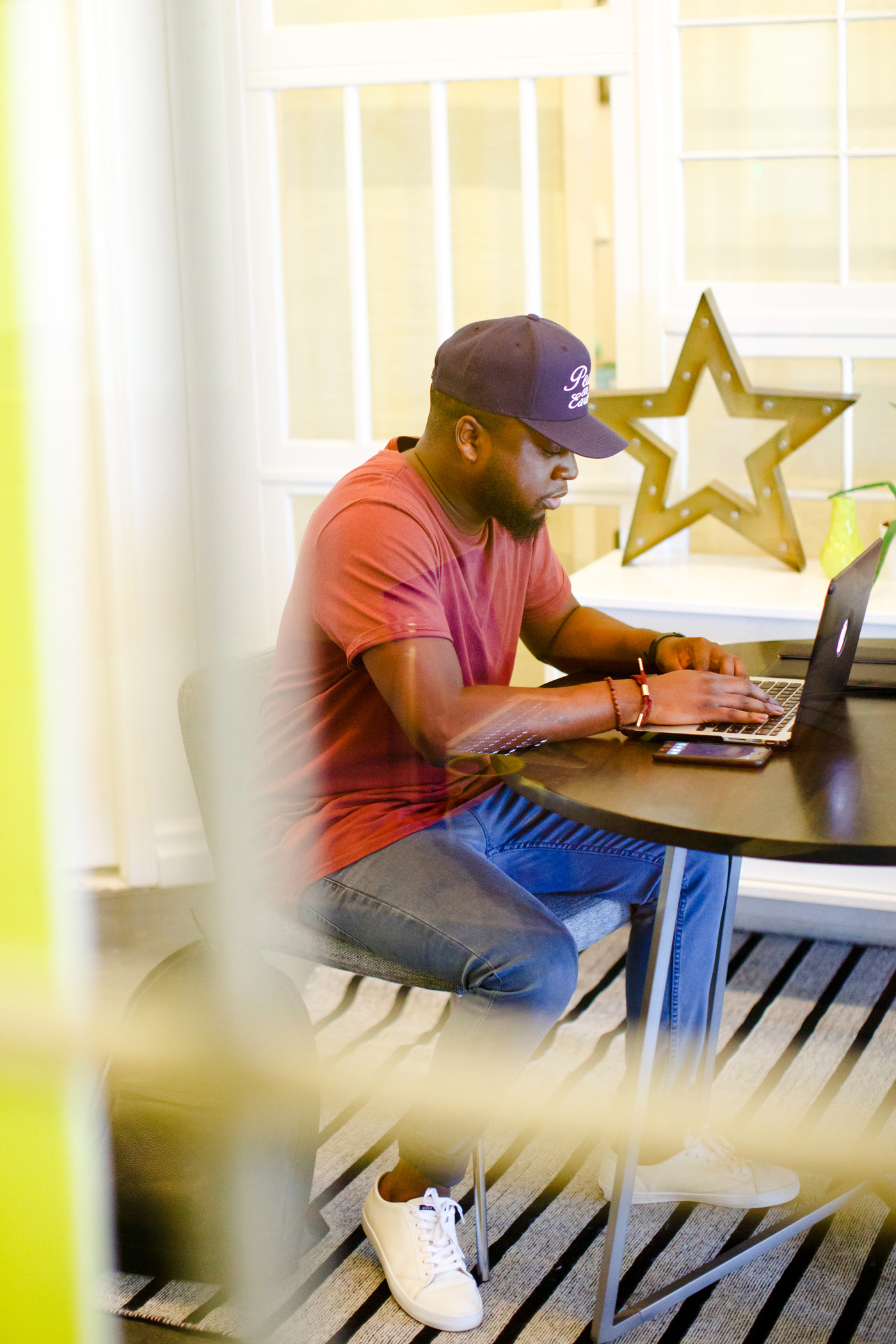 “I came here to the Hill Street location, and I met Garrett, and I just loved the vibe and design here. I walked in, and immediately asked, ‘where do I sign?’” he adds with a laugh.

“Hygge makes my work more exciting,” Jones notes. “At home, it’s too easy to get distracted, but here I can get fully focused quickly. I love this place.”

Jones’ story has come full circle – and no one knows that better than he does.

“In 2012, when Obama was re-elected, I was in the military, I had a job, I knew that I was on my way to Charlotte,” he shares. “Everything changed in four years. And it’s funny – back when I was applying to college, I only applied to two schools – Clemson and the Art Institute. I didn’t go to the Art Institute initially because it was too expensive, and now I’m about to graduate from there – and the military helped me pay for it. So it’s all come full circle.”

He transformed his life from 2008 to 2012; and now, in 2017, he lights up with pride when he speaks of school, his military experience, and entrepreneurship.

“I’m really happy about the full circle,” he shares.