Good Vibes with Brandon Alley: How Hygge’s Resident DJ Started His Career & Why He Loves It

As Professional DJ and Owner of Bunn DJ Company’s Western North Carolina business, Alley works from Hygge Charlotte to manage the business and get n’sync (yeah, I went there) quickly with not only the music, but also the mood and vibe a client wants for a specific event.

Alley DJs mostly weddings though corporate events and school events – #highschoolprom – also make it onto his full calendar. Both the love of music and the interest in DJing started at a young age for him. {Continued below} 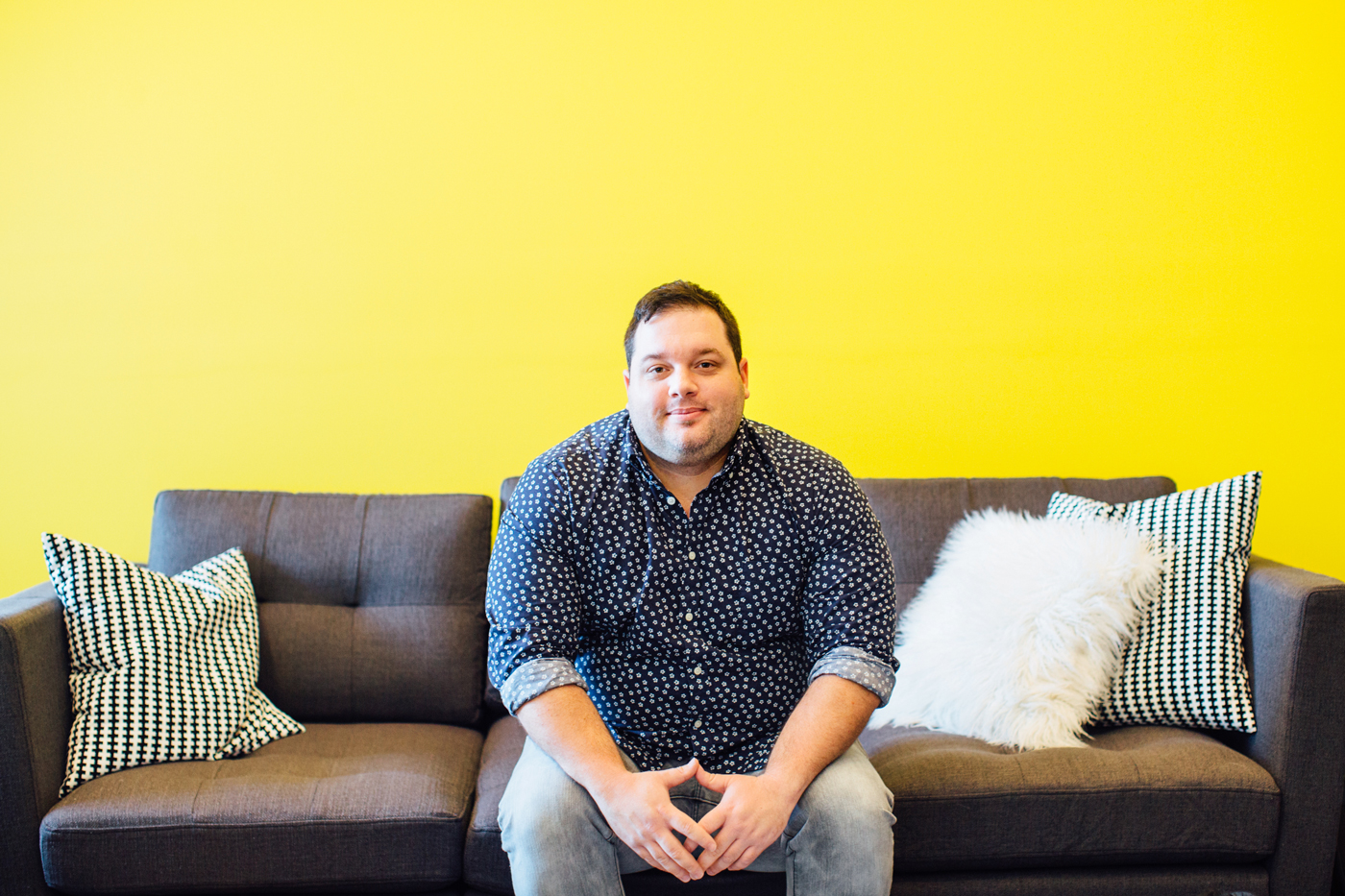 “My dad’s twin brother was a DJ, so growing up in the 90’s, it was fun to go over and mess around with his DJ equipment or tag along to gigs,” Alley recalled. “When I was a kid though, I never really thought about DJing as a full-time career.”

As a teenager, Alley started to learn the craft through on-the-job experience – he would DJ birthday parties or host events, serving as MC. Then, as an undergrad at North Carolina State University, Alley continued to learn – and get gigs. At N.C. State, he DJed house parties, oftentimes without any professional gear or professional training – just with whatever speakers he could get his hands on and whatever he had already figured out about how to keep the party going. Larger events were different though; for those gigs, he turned to the local professionals – Bunn DJ Company.

After graduating in 2008 with degrees in Textiles and Design (respectively), friends who knew of Alley’s DJ skills approached him with a personal ask – to DJ their weddings. Hesitant at first to take on such personal responsibilities like wedding reception vibes, Alley experienced an aha! moment – maybe DJing was a professional skill worth investing in.

“My dad’s twin brother was a DJ, so growing up in the 90’s, it was fun to go over and mess around with his DJ equipment or tag along to gigs,” Alley recalled. “When I was a kid though, I never really thought about DJing as a full-time career.”

He enrolled in a six-week course at a local, DJ training school that covered not only the history of DJing, but also the logistics. He also invested in real equipment. Feeling more prepared, he approached Bunn DJ Company for an opportunity to shadow them at weekend events.

They were ready to hire Alley.

“I ended up joining Bunn part-time, and then DJing a friend’s wedding,” he said. “I kept taking weddings, so I was doing probably 10 to 15 weddings a year on the side while working as a Senior Designer for a wall covering company.”

Alley eventually got to the point many of us know well – he wasn’t feeling as passionate for his full-time job as when he started. Bunn DJ had just opened a Charleston, SC office; and Alley had an idea.

“The Charleston office was doing well, so I pitched the idea of opening an office in Charlotte,” he shared. Bunn DJ was interested in growing into the Western North Carolina market.

Alley moved back to Charlotte to open and manage the office full-time. He relocated back to China Grove, NC, just 40 minutes east of Charlotte. It was his hometown.

As fresh an opportunity as it was to manage the new business in a new city, Alley was working from home which he admitted was, forlackofabetterword, boring; as well, it was probably not the best fit for someone drawn to the vibe, pulse, and energy of other people.

“I realized that I could probably get more done, if I had a place to go,” he said. “So, I started looking into coworking offices in Charlotte; I planned to check out a couple different places, but I saw Hygge first, and I fell in love with it immediately.” 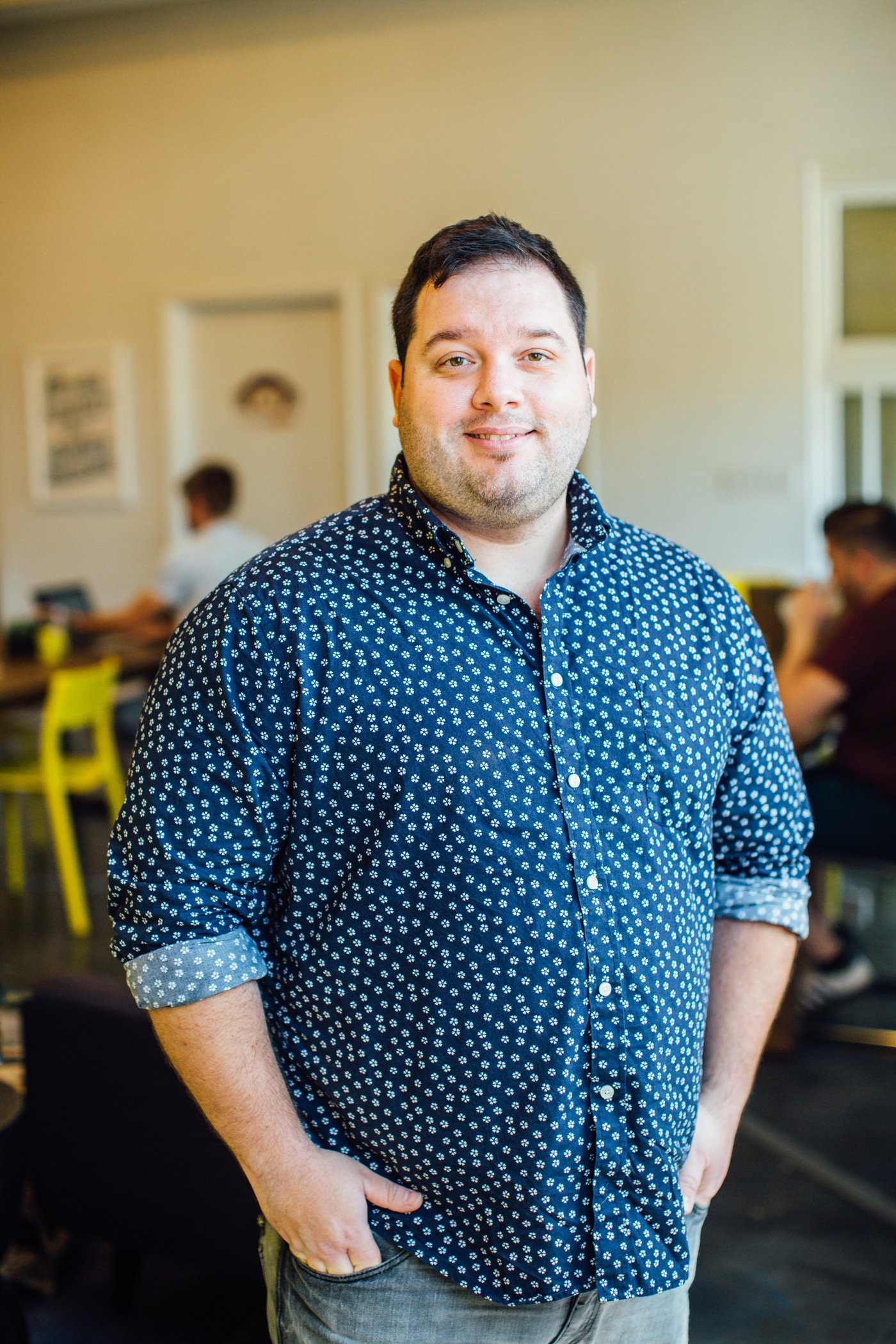 “I realized that I could probably get more done, if I had a place to go,” he said. “So, I started looking into coworking offices in Charlotte; I planned to check out a couple different places, but I saw Hygge first, and I fell in love with it immediately.” 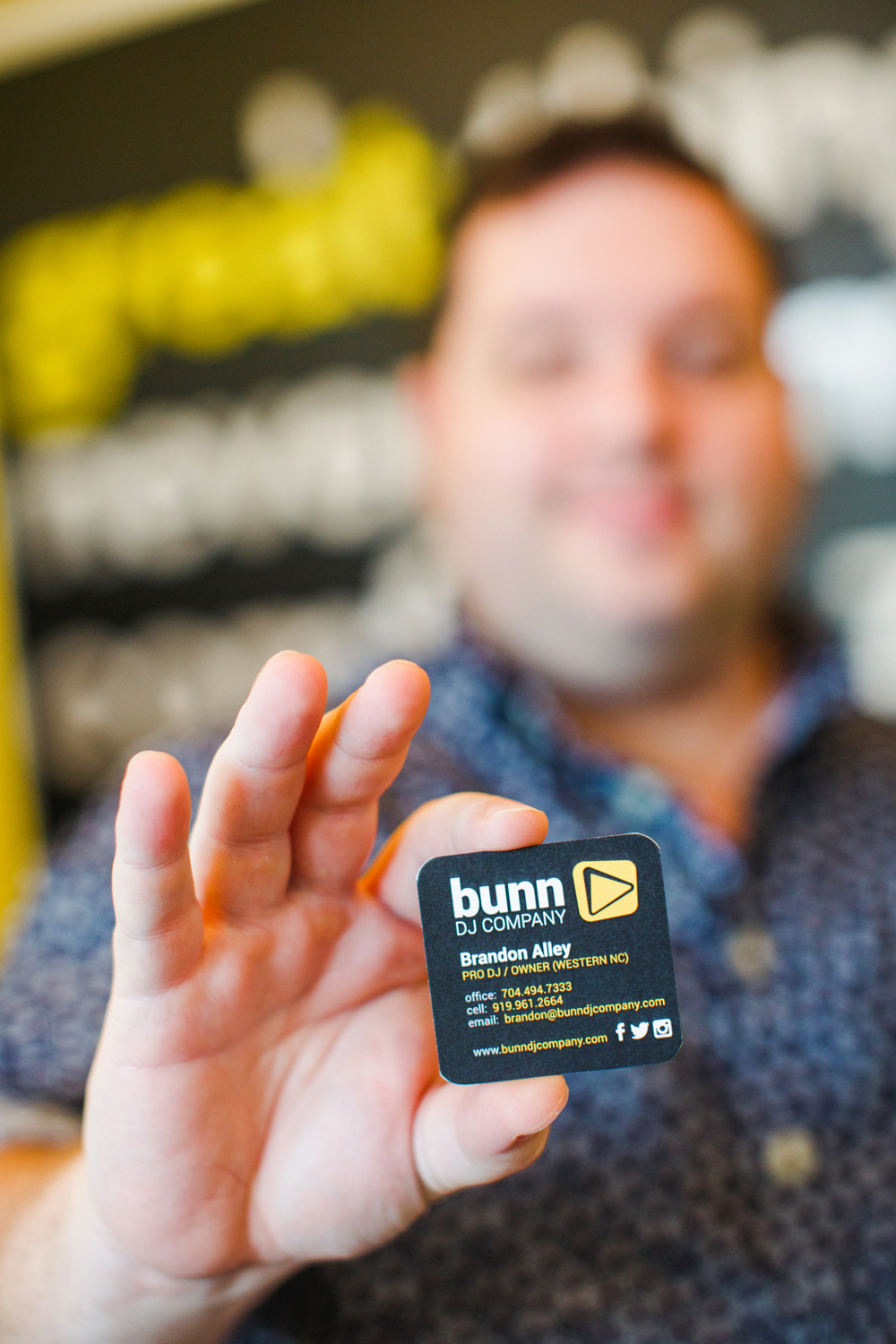 That was in January 2016; today, Alley is known as one of the ‘Hygge OGs’ – one of the first members to commit to the West Hill Street location just before its first expansion.

With his DJ equipment and gear stored at home, Alley uses Hygge not only as a place to get work done or answer emails, but also as a private, professional place to meet with those who are planning events.

“Reserving a room here to meet with a bride or a family and talk music is mainly what I use Hygge for,” he shared. “But I’ve also made good connections here, too; there are one or two wedding planners who work out of this place, and I’ve met a couple of photographers through here, too.”

From never really considering DJ as a career choice to now full-time DJ, Alley seized an opportunity – and ran with it. And after all the weddings and events he’s worked over the years, it still means a lot to him.

“I really love my job – it’s just fun; I love music so much because it’s personal and universal all at the same time,” he noted. “And to be able to facilitate that for people on one of the best days of their lives is just an awesome feeling.”

The experience has also made him uniquely attune to and aware of vibe – not only how you feel it, but also how you create it. As well, how people can and will relate to a vibe is different.

“I was drawn to Hygge, too, because the vibe reminded me a lot of design school,” he remembered. “Everyone is doing their own thing, there’s a lot of energy, there’s a lot of coming and going, and catching up with people quickly before rushing off to somewhere else.”

How Alley describes Hygge’s vibe today? Friendly, modern, and relaxed. And his first experience in the space is a testament to that.

“When I was touring the space initially with Garrett and Kayla, the song ‘Pony’ by Ginuwine came on the Hygge playlist,” he recalled with a laugh. “I knew immediately that this was the place to be.”

Biggest surprise song you played recently? “I played ‘Flashlight’ by Parliament at a wedding last weekend; it was similar to the music the bride and groom selected, so I just went for it. They had a dance circle going and everything.”

Jessica Battles is Ready to Take on a New Professional Challenge; And Hygge’s...
Scroll to top