On the Record with Alec Sheaff: And He’s Talking Energy, Co-Working & Vinyl Records

If you look up the definition of the word energy, you’ll find two definitions: one that speaks to the energy derived from using physical or chemical resources; the other definition being the strength and vitality required for activity; synonyms being: vigor, life, liveliness.

Alec Sheaff can talk about both – and in two different contexts.

First, his daytime job– Sheaff works at Senior Director of Loan Sales Operations at BlueWave Solar, a solar energy company based out of Boston. They are committed to making solar available to everyone, everywhere; they’re in this business to transform the energy status quo. #bestlineever {Continued below} 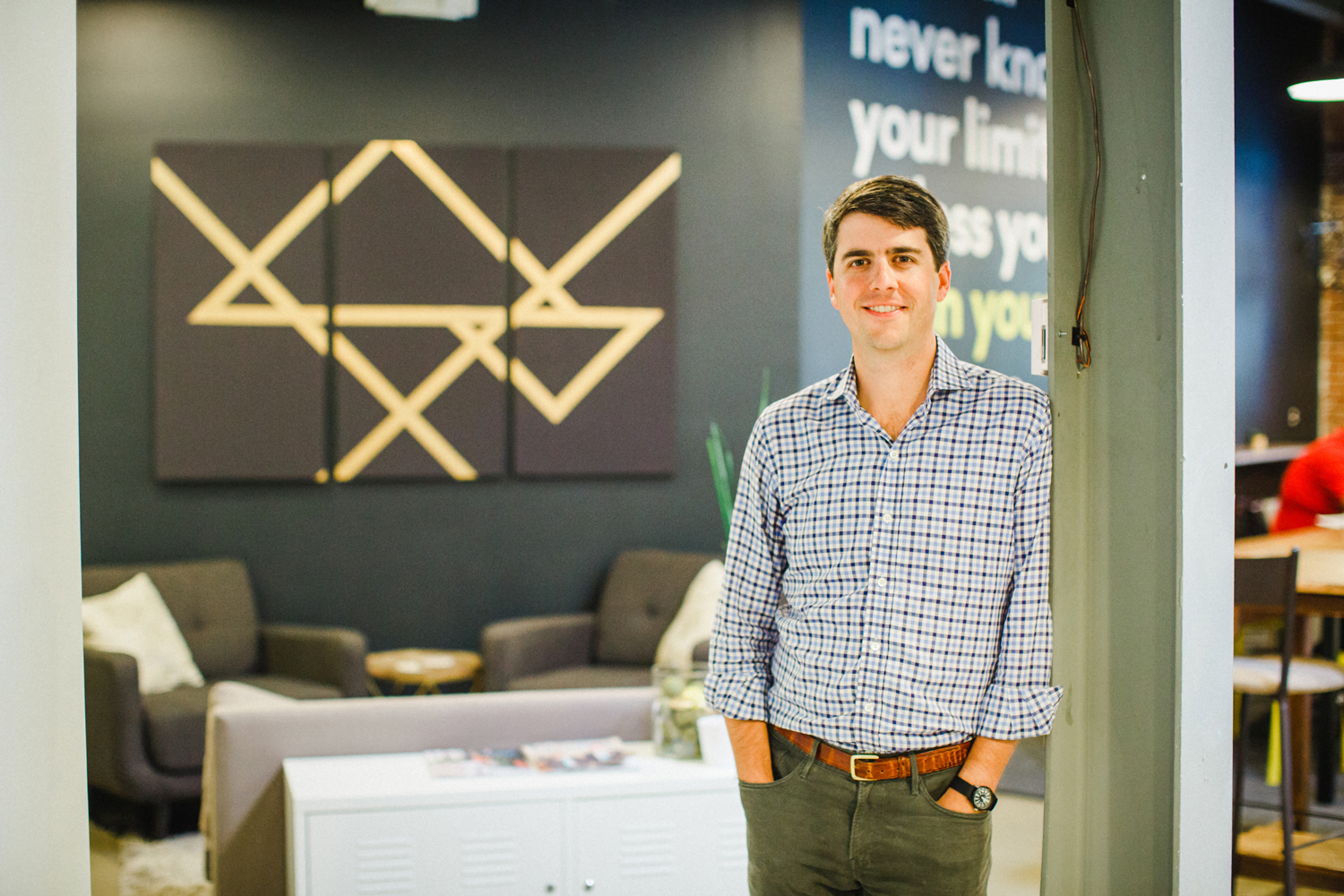 Yes, it takes physical and mental energy to manage both – especially with a young family at home; but what’s unique about Sheaff – and so many members of Hygge, really – is the energy and vitality and liveliness it takes to want to take on a new challenge, opportunity, business, idea.

That’s a whole different kind of energy – quite frankly, a hybrid of the original definitions.

Given his passion for and experience in music, we’re sharing his story through “tracks”. These track names are all references to actual songs – we challenge you to test your music knowledge. (Don’t sweat it – the answers live below.)

Original: Sheaff is a Charlotte original, born and raised here; several generations of family before him hail from the QC, as well. An alumni of Providence Day School, he actually first met fellow Hygge member Chris Castleberry in PDS Lower School.

The Wolf…pack: He went on to study at N.C. State University. Always an avid fan of hiking, cycling, the outdoor life, he graduated with a fitting major – Natural Resource Management.

Sun: Sheaff graduated from N.C. State and left Raleigh in 2008 to move to Charleston, SC for an opportunity with a start-up solar energy company. Given the cool economic climate at the time, he was fortunate, and, given his major, he was thrilled, to join an emerging brand committed to solar energy.

The Next Episode: After three years in Charleston, Sheaff and his wife, Rebecca, moved back to Charlotte; he had an opportunity to work for another solar energy company – this time with a stronger focus on business development.

Power: Then in 2011, Sheaff took a role with Duke Energy; he worked on the power trading desk – trading energy, naturally – for a year before joining Duke’s regulated energy team; he worked as Senior Renewable Wholesale Analyst until 2015. 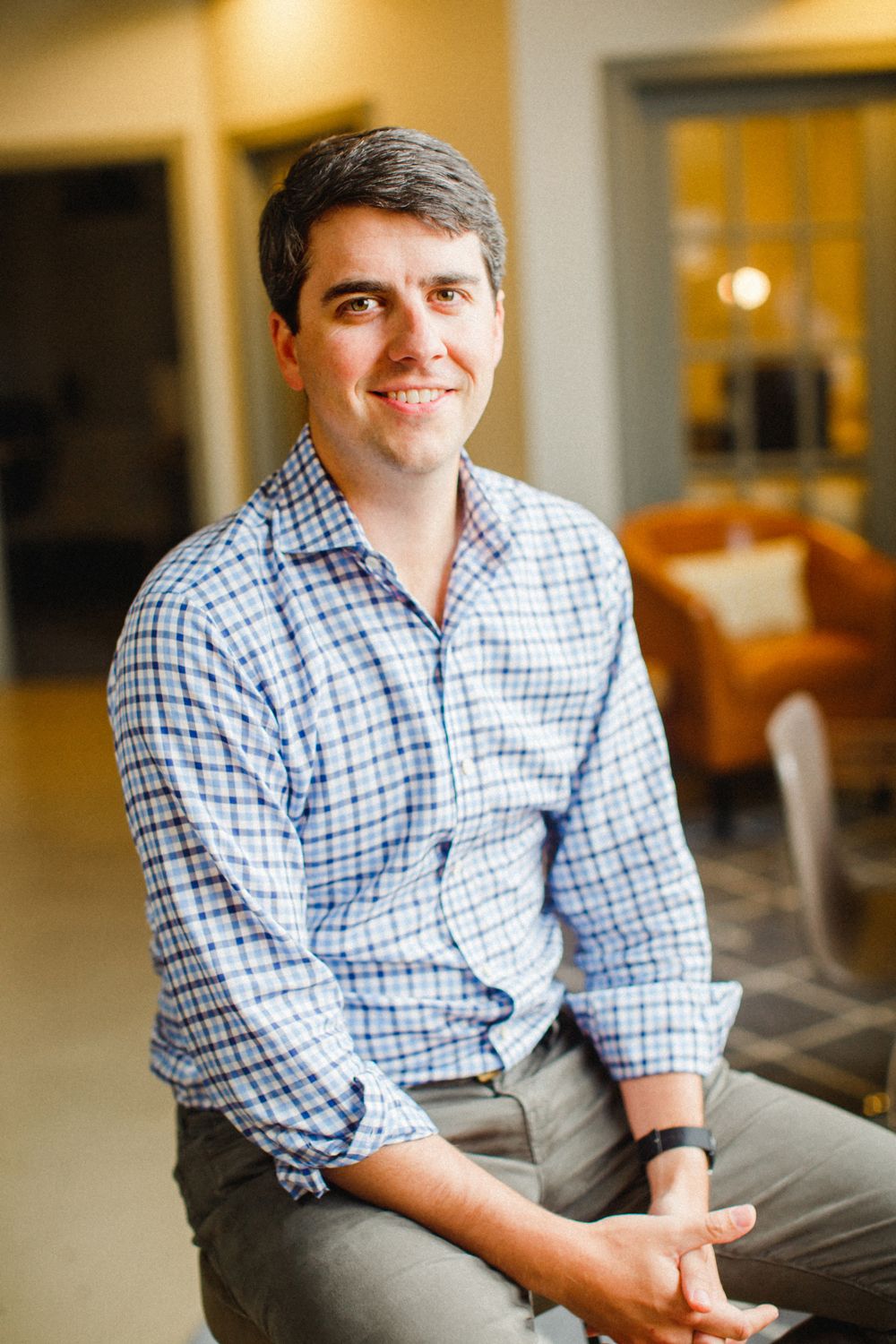 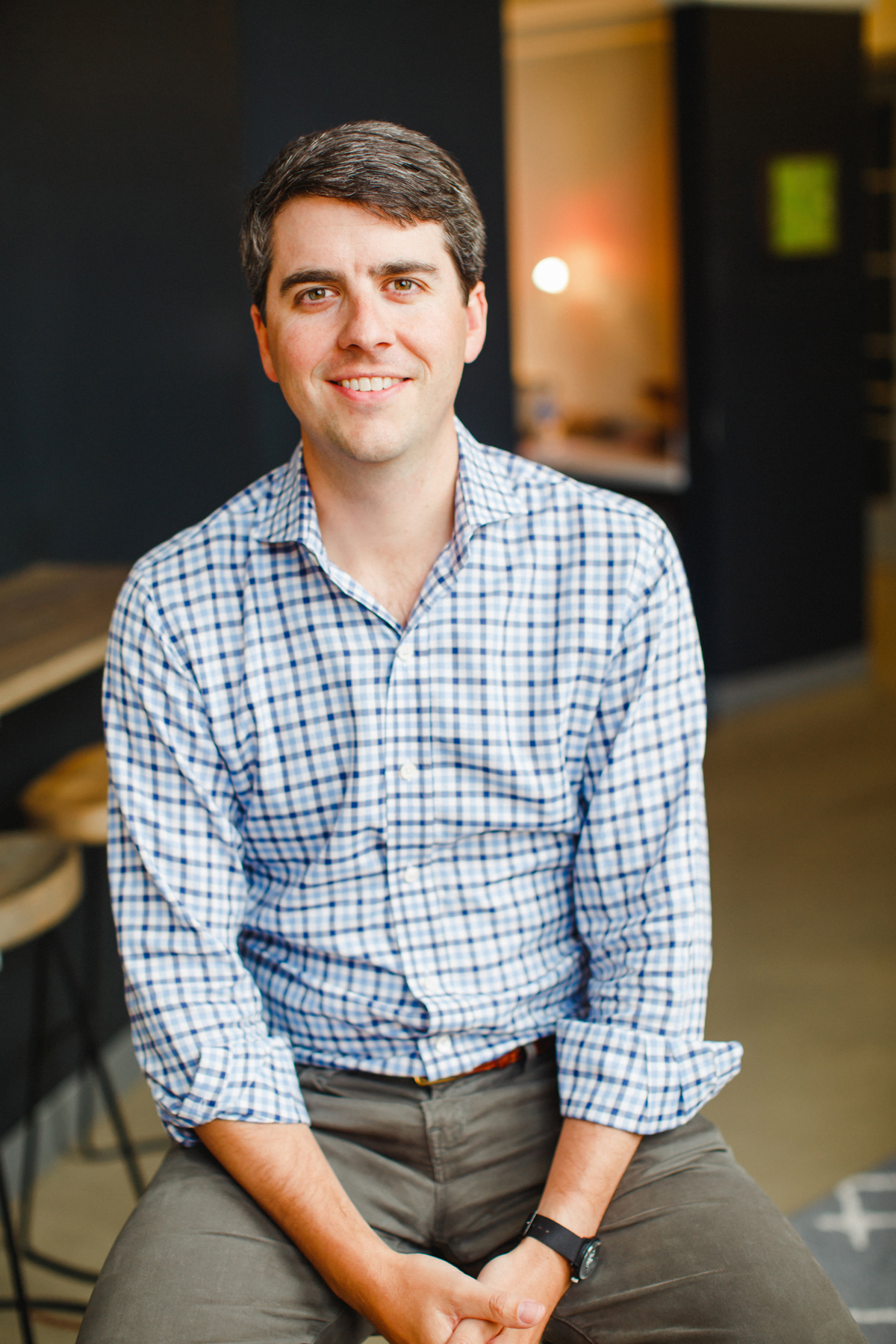 School: In 2013, Sheaff went back to school – this time though, for his MBA from Queens University of Charlotte. With years of professional experience in the energy industry, he was ready to kick it up a notch – taking on the conversation of solar energy and finance.

(Blue)Wave: Sheaff joined BlueWave in 2015. In the 2.5 years he’s worked for the company, he’s lived several different lives within the business, but it comes down to this: providing loans to people interested in utilizing solar energy in order to enable more communities to take control of their energy production; in doing so, they allow consumers to choose local, low-cost power through their consumer solar products.

Energy: Sheaff’s two-cents on energy today: “We’re still in the first inning of trying to figure out what our energy future will look like. It’s still a young industry, but it continues to gain momentum. It’s been fun to watch how cost-effective solar has become – when I started in this industry, it was eight or nine times more costly than it is today. It’s fun to watch the technology evolve; it’s a fun industry to be in. I’m fortunate to be in an industry I’m excited about every, single day.”

Work from home: When he left Duke Energy to work for BlueWave, Sheaff knew he would need remote office space. “We had one small child at home at the time,” Sheaff shares. “I love my family, so I knew it would have been so easy to do more family than work,” (Sheaff and wife, Rebecca, now have two boys – Webb [4] and David [2].) He found remote office space in South End, but was looking for a space with more entrepreneurial energy. Friend Ted Williams, publisher of Charlotte Agenda, told him about Hygge, which had just opened in late 2015

First: Sheaff was one of the first to join Hygge. 1.5 years ago, he started with a private office, before moving to a dedicated desk space. Now, he’s returned to a larger private office to accommodate BlueWave’s growth. The company is growing to four employees working from Charlotte. (Aside from Boston and Charlotte, BlueWave’s third office is located in Cape Town, South Africa.)

Good Vibrations: Sheaff’s thoughts about co-working at Hygge: “There’s a lot of positive energy at Hygge; there are a lot of things going on here. It’s also a great space for companies to ramp up or ramp down depending on their needs. And they can do that without making a major, long-term commitment; it’s a nice relationship to be in.”

Start Me Up: Two years ago, Sheaff and fellow Charlotte native friend, Jay Kenney, started Cream Puff Records. “Jay and I have always been big music lovers,” he remembers. “He and I re-connected when Rebecca and I moved back in Charlotte. Jay’s wife, Katherine, is a buyer for CAPITOL, so we connected with [their sister store] TABOR. TABOR was interested in creating this lifestyle brand there with men’s clothing and with SOCO Gallery right next store, so we decided to sell records there.”

What’s Going On: Now Sheaff and Kenney are in the business of vinyl. The two buy records from 10-15 different record labels as well as online or via record shows. They’ll buy records made by legends – the Rolling Stones or The Beatles – and records made recently by up-and-coming artists. The challenge and opportunity: staying in tune with what’s going on when it comes to new releases.

Good Kid: As Charlotte natives with solid understandings of the city and culture here, Sheaff and Kenney recognized that the Charlotte music scene isn’t as good as it should be – or could be. Which is why they shifted focus from not only selling records, but also promoting artists – especially those who also hail from North Carolina past or present. One of the good ones? “Lee Fields, who is this Motown guy from Wilson, North Carolina, came to town and we interviewed him for the blog,” Sheaff says.

Step: Cream Puff Records is garnering a lot of local attention – and they’ve stepped up to it, DJing local events or parties, participating in pop-up shops and forging partnerships. Just recently, they partnered with Recover Brands for a living room set with Asheville musician, Nathan Bowles.

All good proof that sometimes sources of inspiration and energy are stars in the middle of the solar systems or songs released in 1967.

Original by Mystikal (ft. Birdman & Lil Wayne)
The Wolf by Mumford and Sons
Sun by Two Door Cinema Club
The Next Episode by Dr. Dre
Power by Kanye West
School by Nirvana
Wave by Beck
Energy by Drake
Work from Home by Fifth Harmony
First by Cold War Kids
Good Vibrations The Beach Boys
Start Me Up by The Rolling Stones
What’s Going On by Marvin Gaye
Good Kid by Kendrick Lamar
Step by Vampire Weekend
Cream Puff War by Grateful Dead 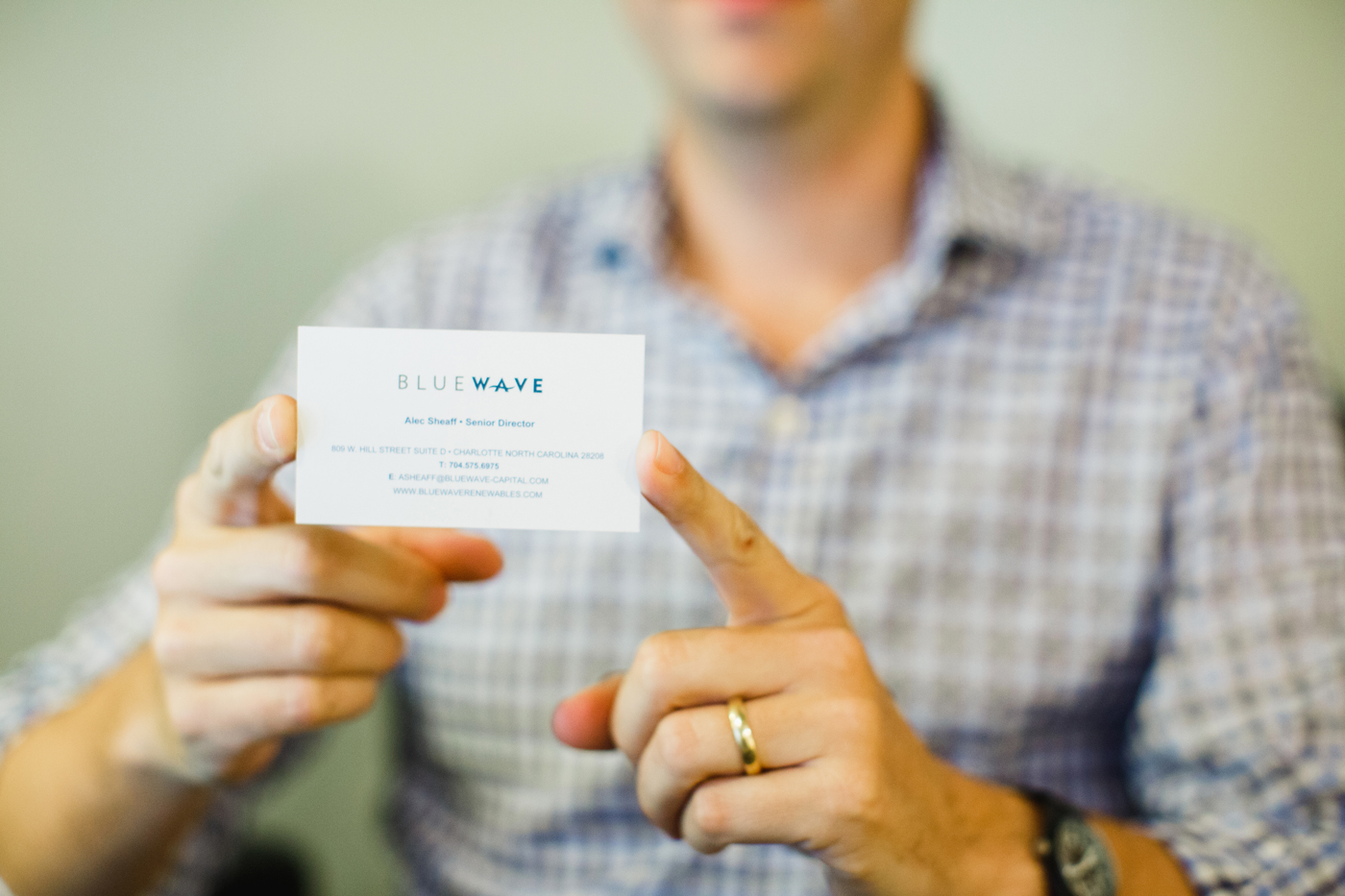 The Charming, Modern Work of Building & Scaling The Wed Clique From Hy...

Tim Cheadle Talks Technology, Design, and the Best Part of Being a Dad
Scroll to top