Soulful. Purposeful. Thoughtful. Can you think of three better words to describe a storyteller? I can’t.

Funny – those are the three words I choose to describe almost 25-year-old Yash Mistry. And he is, in fact, a storyteller.

When Mistry and I sat down, and asked him point blank what he did professionally.

“I’m a graphic designer, but I do a lot more than that. I do motion graphics. I do video. I do photography. I do anything creative – anything that tells a story.”

Oprah Winfrey Super Soul Sunday moment. That’s IT. Anything that tells a story.

Mistry grew up gravitating towards stories, but, more so, stories told in a different way. He candidly admits he sketched more doodles in his school notebooks than words which I think subconsciously laid the groundwork for what would become Mistry’s design philosophy – there’s more than one way to tell a story.

He himself is a strong story. {Continued below} 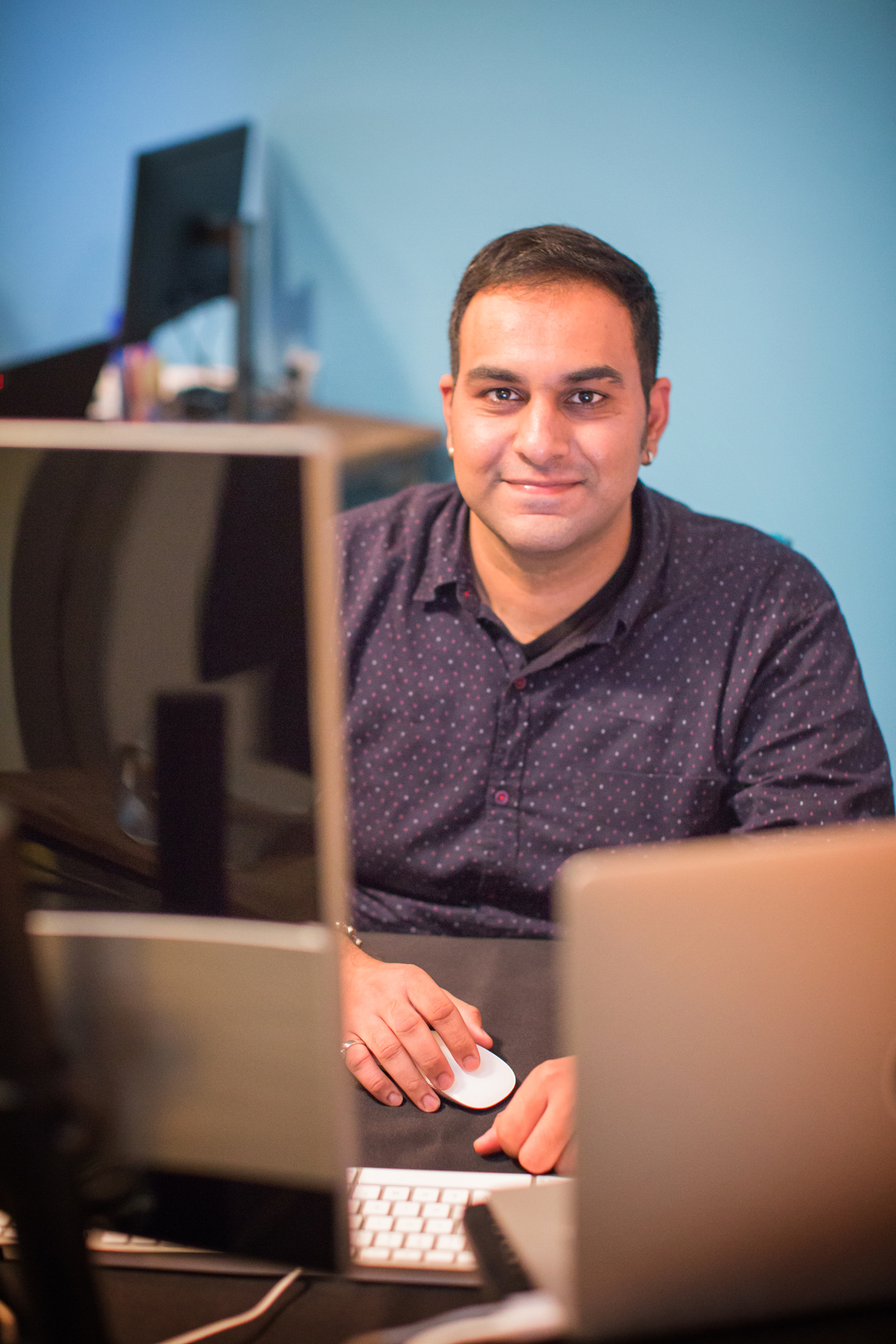 He grew in India, and moved to the United States at age 18. His father’s business suffered a tremendous loss that left the family thinking that they needed to make a move – literally. Mistry’s uncle – his mother’s brother – sponsored the family. They received their visas to travel to the U.S. on Mistry’s 18th birthday. Nine days later, they were in California.

Mistry describes the experience as challenging – but not difficult.

“I’m a graphic designer, but I do a lot more than that. I do motion graphics. I do video. I do photography. I do anything creative – anything that tells a story.”

When the family made that move to Charlotte in May 2010, Mistry hit the ground running.

“In the seven years that I’ve been here, I’ve worked a lot of different jobs – from serving food to mixing paint to teaching. But, whatever I was doing, I always had my creative side, and I always had creative things going on.”

Then, an experience in video production got him into graphic design and illustration. When he started to learn the tools and strategies by which to tell stories, the storyteller in Mistry started to truly emerge. Mistry Design Co. was born.

“It started out with goofy stuff; stuff that I did just for the heck of it, just for fun,” Mistry remembers. “But then five years ago, I started doing it professionally, I start to think deeper about how some stories are told better in video, some in illustration. I started to think more seriously about how a story is told and who we’re telling the story for.”

“How we tell a story impacts how people receive it, yes, but who is receiving it? That audience is critical to every story,” he shares. “If no one receives the story, it’s all for nothing – audience is the most important part in how you go about telling a story.”

As much as Mistry thrived on creating stories and content for audiences critical to his clients, he was craving the need to address another audience – an audience such as himself, a creative seeking stories from other creatives.

Mistry’s Uncharted Narratives series tells the stories we haven’t heard before. On a metaphysical level, he tells the stories of the storytellers, examining their creative processes and strategies. In reality it comes down to this – Mistry shines the spotlight on creatives we recognize in Charlotte, but perhaps want to know more about. Prime example: TEDx Charlotte Emcee Mike Watson. 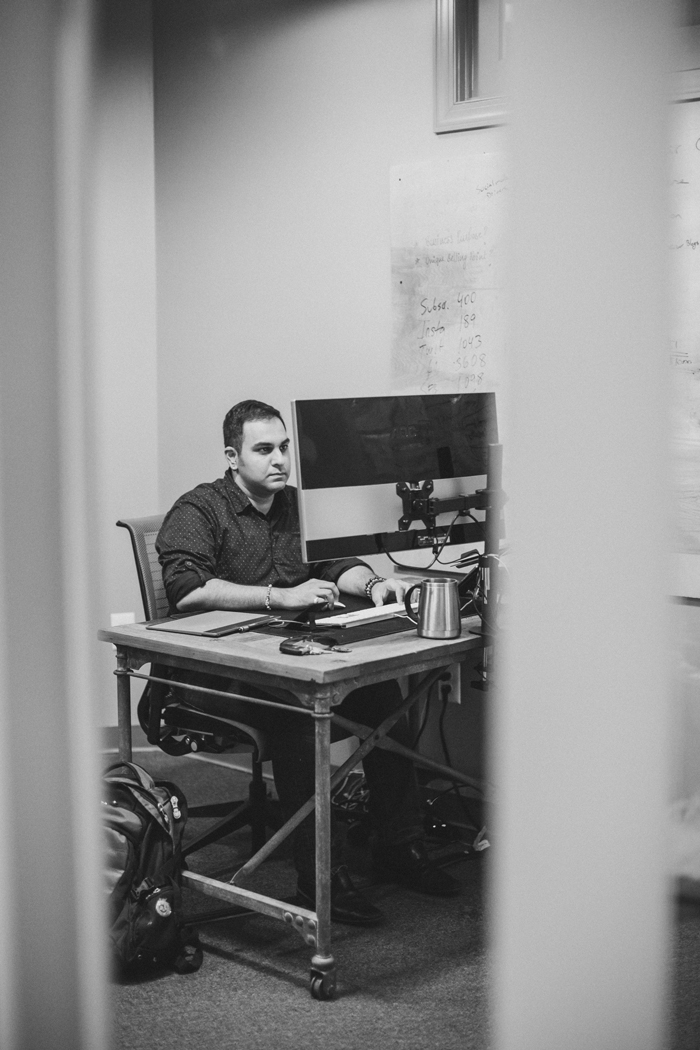 “How we tell a story impacts how people receive it, yes, but who is receiving it? That audience is critical to every story,” 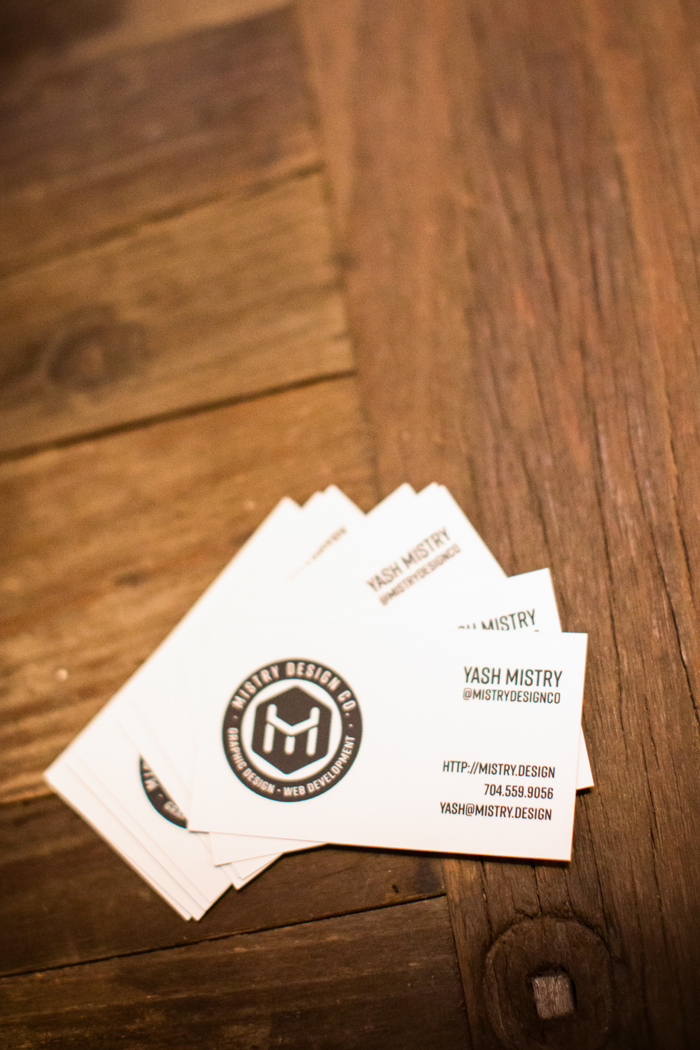 Mistry records much of the video series from Hygge, where he works from a dedicated desk space at the Hill Street location. Mistry discovered Hygge through Founder Garrett Tichy.

“I read on Twitter that WeLoveCLT hosted a lecture series, so I introduced myself to Garrett to see if I could video record the talk – which was by Chef Alyssa – and Garrett agreed,” Mistry recalls. “From that point forward, Garrett became a mentor to me. When he opened Hygge, and I went out on my own, I knew I wanted to work from Hygge.”

As creative as Mistry is, I was wondering if the dedicated desk felt confining to him or would obstruct all that’s possible for his creativity. Turns out it’s quite the opposite.

“The dedicated desk is a comfort zone, it’s one desk that’s mine, so I can come in, get my job done, but still walk around and talk to people,” he says. “It supports my creativity a lot because I can ask for thoughts or opinions on work from those around me, and they inspire me to stay focused. I wouldn’t be able to do all this if I was working from home. It’s been both great motivation and a great journey.”

The biggest challenge ahead for Mistry is one that a lot of entrepreneurs now well – balancing the hustle of building a new business with the introspection needed to find where and how you create your impact. “I do a lot of different things, but I’m curious as to what my niche is within design,” he says. “Where I can make my mark?”

He comes by that honestly. His favorite book – which he’s read three times – is Seth Godin’s The Icarus Deception in which Godin touts the benefits of making art and choosing to pursue those things that are creative and unpredictable and bold and brave.

“My favorite story to tell is the story of the underdog,” he shares. “I like stories about journeys and discoveries and how people overcame certain obstacles.”

How Meggie Williams & The Waggle Company are Changing the Game for Charlotte...