There’s just something different about Braxton Winston. I think it’s his contagious laugh. That laughter starts in reaction to my razzing him about the fact he launches into the early voting schedule within 2.5 seconds of sitting down with him.

He laughs in that way that’s both easy going and playful; but also, serious and driven.

Winston is running for Charlotte City Council At-Large. {Continued below} 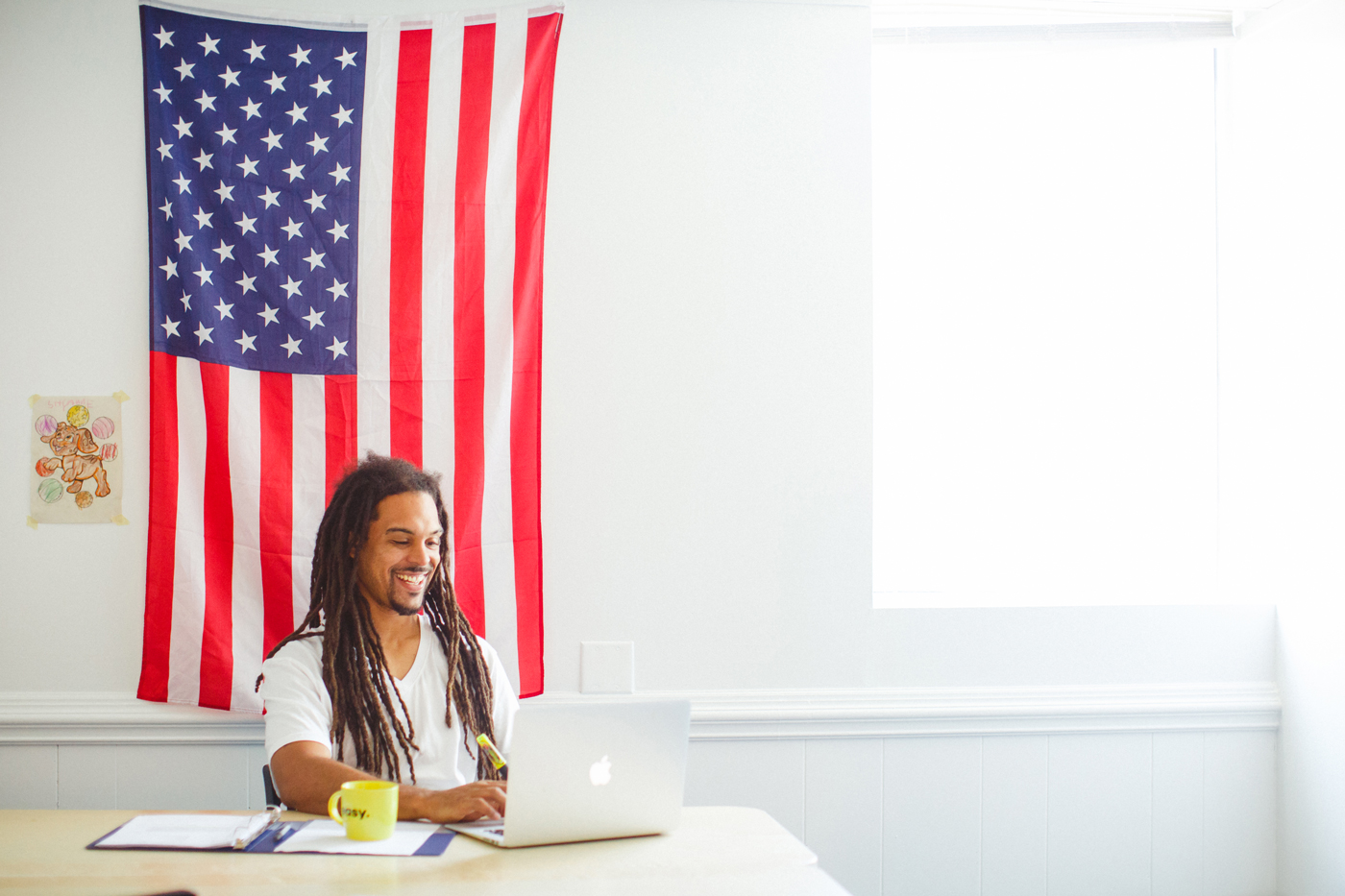 Born in Camp Lejeune, North Carolina (his father was a Marine), Winston was raised in Brooklyn, New York. He attended Brooklyn Public Schools from preschool to eighth grade, at which point he was identified as a high achieving student. As a result, he had the opportunity to attend Phillips Academy Andover. He counts New England Patriots Head Coach – and Andover alum – Bill Belichick – as a mentor. Belichick wrote Winton’s college recommendation letter.

He graduated Andover, and started at Davidson College in the fall of 2001. He returned home to Brooklyn several weeks later immediately following September 11, 2001; his father was a NYC fireman and his mother watched the tragic day unfold as she was coming out of the Chamber Street subway station right after the second plane hit. The woman who would become Winston’s wife (they met in high school), started school at Columbia University that same day, too.

“Charlotte has always been a city of economic growth,” he says. “I believe in Charlotte, and I want an equitable, accessible Charlotte for the people here. This can be the next great American city, but we have to be cognizant of where we come from and the truths.”

Over the course of the next several years, he took two full years off from Davidson though he still attended classes at a community college in New York. He graduated from Davidson in May 2007 with a degree in Anthropology, the study of people and culture. Little did he realize, ten years later he’d be engaged in studying both in the context of Charlotte.

Back in 2004, Winston started working in the entertainment industry as a stage hand and camera operator. As a union stage hand for IATSE Local 322(member at-large), that’s the work he continues to do today. The night before our interview, he was working back stage at the John Mayer concert; following our interview, he was heading out to film a Charlotte Independence soccer game. He is also a camera operator for the Charlotte Hornets.

Last fall, Winston was one of the most well-known faces on the front lines of the Uptown Charlotte protests to maintain a non-violent protest following the Keith Lamont Scott shooting death on September 20. He emerged as a social activist with strong views he wasn’t afraid to speak. As well, he took on the role of citizen journalist, using social media platforms to disseminate facts.

Because of this experience, he became a true student of people and culture.

“Right now, we are a culture of laws and policies, and a we need to start talking about deep, systemic, institutional changes here in Charlotte,” he says. “And people here [in Charlotte] are ready – we have the ingenuity, the talent, the resources here to spearhead the big ideas and big change that we need to be focused on now.” He goes on to cite Charlotte’s Opportunity Task Force Report, released in March 2017 which includes shocking figures that attest to the fact Charlotte ranked 50th out of 50 in economic mobility among the largest U.S. cities. 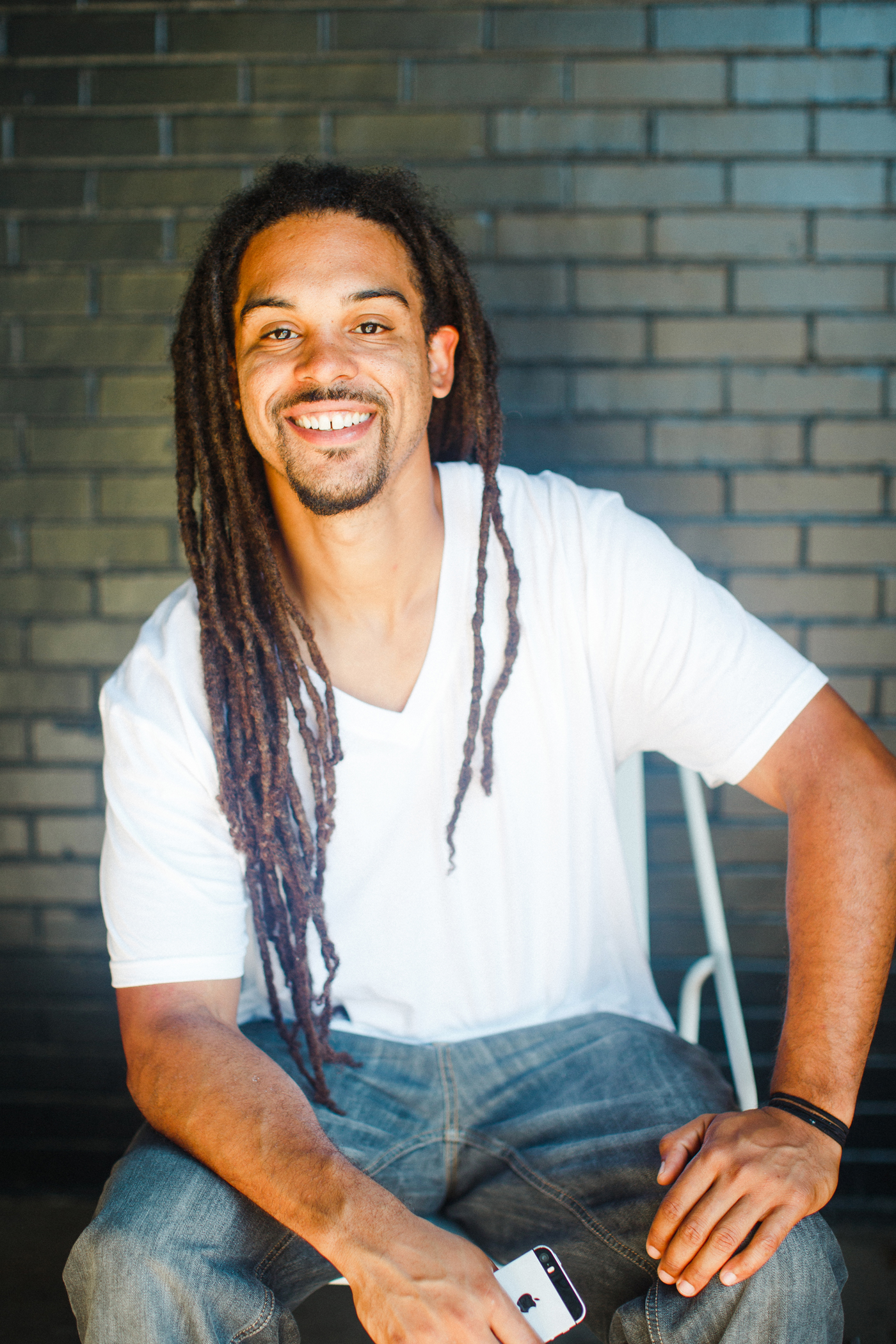 “Right now, we are a culture of laws and policies, and a we need to start talking about deep, systemic, institutional changes here in Charlotte” 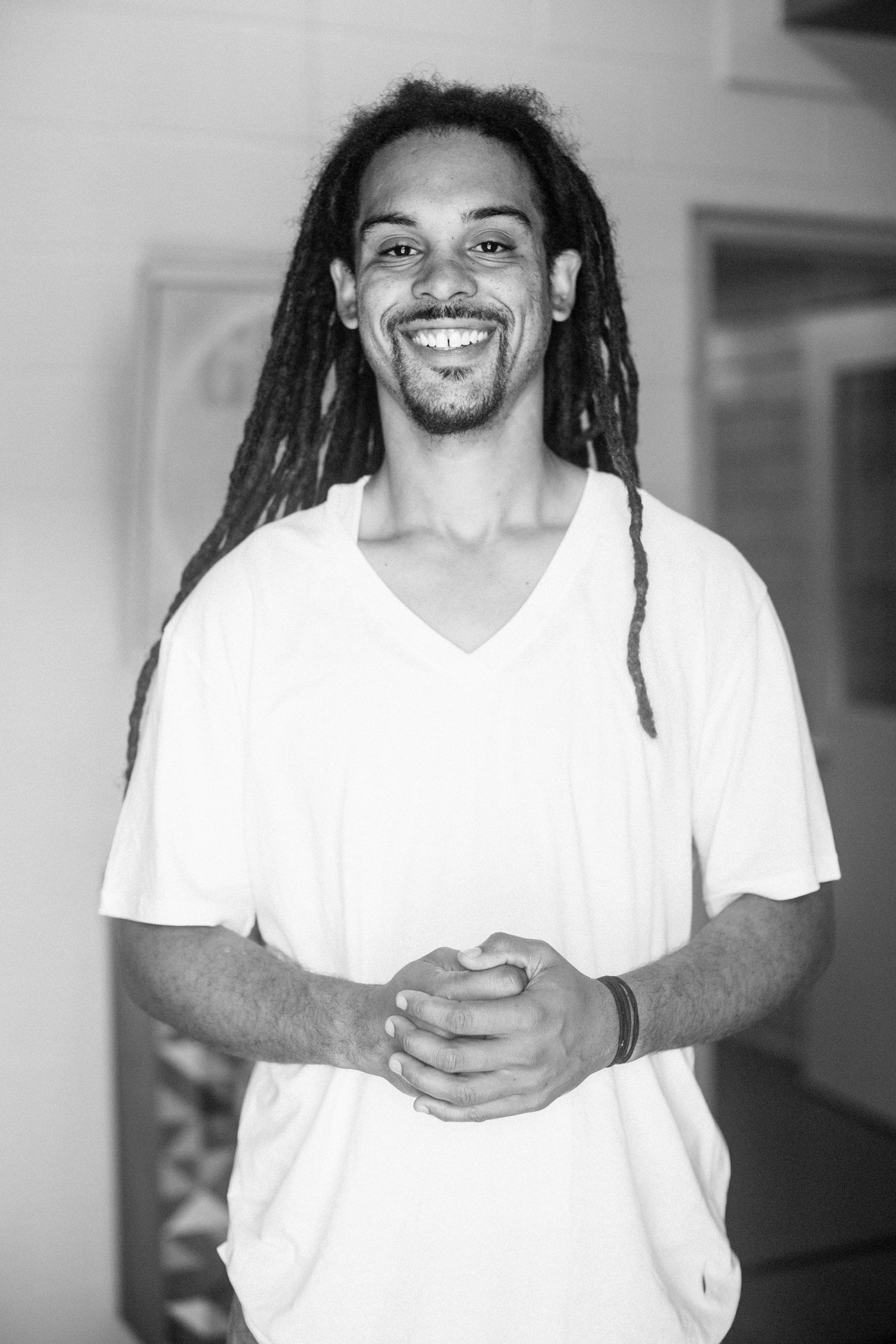 Winston uses the phrase ‘civic virtue’ several times over the course of our conversation, referring to the standard of behavior in relationship to a citizen’s involvement in a respective community. As beautiful a term as ‘civic virtue’ is, the practice of it is not always comfortable or convenient.

“The first person who suggested I run for office was a CMPD officer,” Winston recalls. “And I just wasn’t seeing anyone else stand up to take this on; and I thought, ‘someone has to do it’, and if it’s not me, then who, and if it’s not now, then when.” He announced his candidacy in June.

He subconsciously combines that sense of responsibility and initiative with his natural ability to build bridges, to remain cool under fire, and to think pragmatically with emotion.

“And that’s how I found myself in this office,” he says with that contagious laugh again – this time slightly more ironic. He’s speaking from his campaign’s headquarters in Hygge’s Camp North End location.

As his production work as both citizen journalist and social activist unfolded last year, he needed a place to get organized – and to start the work he was driven to do. “It wasn’t working for me at home on tops of piles of laundry with the kids and the dogs,” he says. Someone introduced him to Hygge. The podcast studio and the 24/7 access were perks; more so though, it was a place Winston felt comfortable for several different reasons.

“I love Camp North End as a place and an idea that’s developing and anchored with people,” he notes. “And it’s not tearing anything down, but it’s building on the history; it’s a metaphorical match for what I’m trying to do.” He tours us quickly through the campaign’s HQ that spans three different rooms – one of which is stocked with toys and videogames to entertain Winston’s three, young children (ages 10, 5, and 1) when they’re on-site.

Hygge’s Camp North End is a place that resonates well with his overall perspective on Charlotte, as well.

“Charlotte has always been a city of economic growth,” he says. “I believe in Charlotte, and I want an equitable, accessible Charlotte for the people here. This can be the next great American city, but we have to be cognizant of where we come from and the truths.” 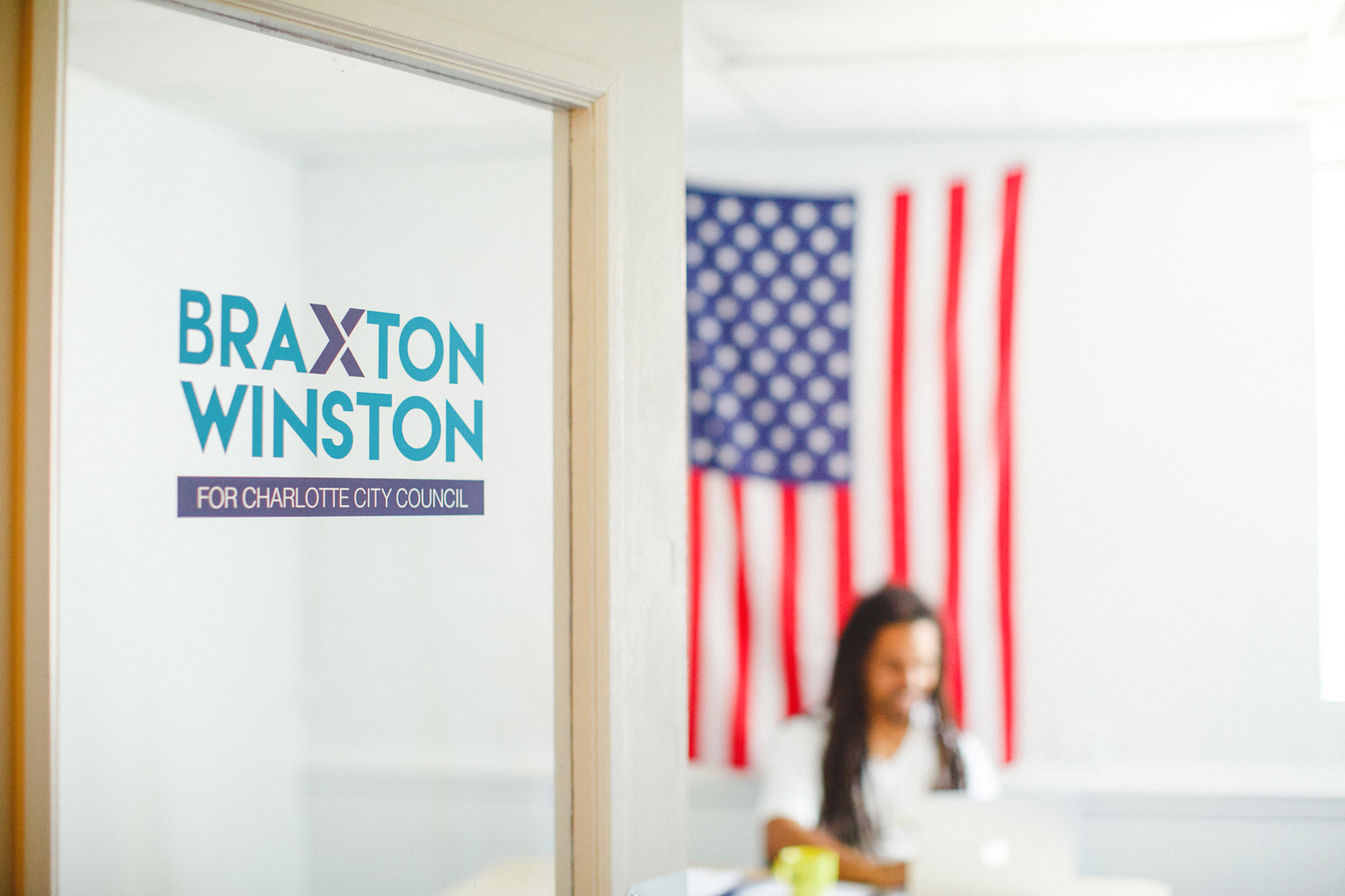 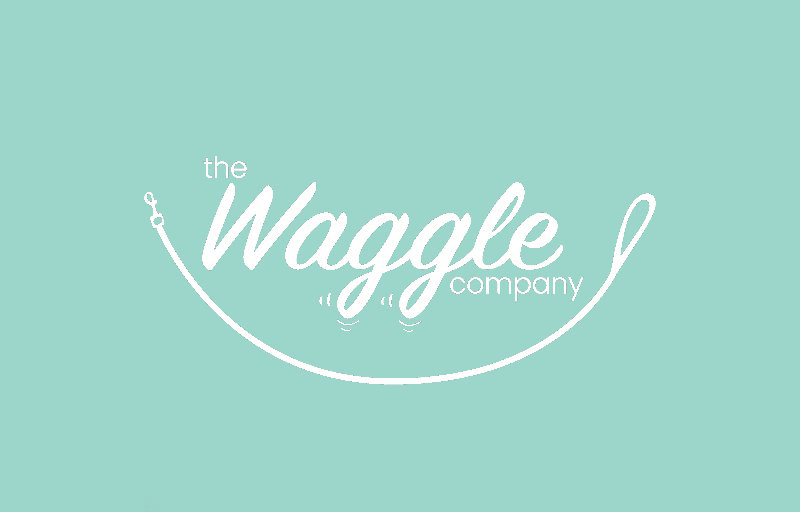 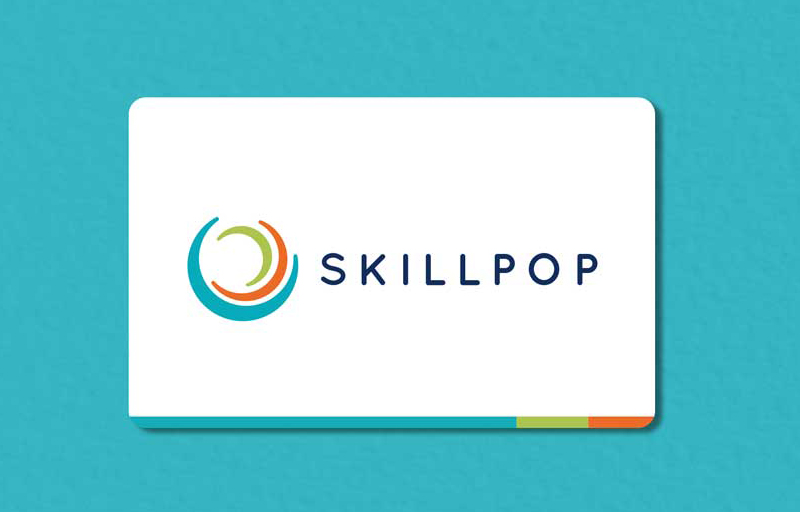