When Kristi Martin noticed a rash on the back of her legs the week before Christmas, she made an appointment with her doctor but thought relatively little of it. She continued working, had her primary care physician run some blood tests, and prepared for the holidays.

When her primary care doctor suggested that she follow up with a hematologist to get more specific answers on why her white blood cells were off the charts and her red blood cells were low, she still thought little of it. She ran a food tour with her business FEAST Food Tours & Culinary Events, enjoyed Christmas with her husband, and went to the specialist December 26.

That’s when everything changed for her.

Despite the terrifying news, Kristi did what she needed to. She went home and packed her things, calling her employee and fellow hygge member Caroline Brown on the way to let her know what was happening.

Kristi spent the next month in the hospital receiving chemotherapy treatment for her acute myeloid leukemia, which is a rare blood and bone marrow cancer affecting around 200,000 people. She specifically is fighting 3 mutations, one of which will continue to come back unless the mutation is removed from her body through a blood stem cell transplant.

This is daunting news for anyone, but Kristi faces it with overwhelming positivity. For four months now Kristi has been fighting the leukemia to the point of remission. Then, once she was in remission, she went back to the hospital.

In mid-April Kristi was admitted to receive her blood stem cell transplant, which will essentially replace the bone marrow in her body, hopefully ridding it of the mutated gene that would otherwise allow the cancer to come back. The process will take several weeks, beginning with more chemotherapy before the actual transplant.

Once the transplant is completed, Kristi will be at risk for rejecting the blood stem cells. She’ll be monitored closely for signs, but if all goes well, doctors believe this will prevent the cancer from returning. Even with this procedure, Kristi explained there will always be a chance for relapse.

The last several months of treatment have, of course, taken a toll on Kristi’s work and life. She started FEAST Food Tours & Culinary Experiences over 7 years ago to tell Charlotte’s culinary stories. The organization offers private events, but the primary offering is a line of six unique tours that go through five Charlotte neighborhoods, stopping at popular local restaurants allowing attendees to eat, drink, and learn the story behind the restaurant.

“Sometimes you can go in and dine at a restaurant and you never meet the owner or know why they started it or what their passion is or how they got started,” Kristi said. “We share all those stories.”

Since her diagnosis, Kristi has had to slow down on her work – not an easy feat for any entrepreneur. She’s noticed she’s a little more weak and might tire quicker than normal. The biggest physical change for her, she said, was losing her hair.

“That was a new journey as a woman,” she said with a laugh. “I already had short hair and I knew it was coming, but I didn’t know what it would feel like, so that was the first physical transformation. I just gave into it and had my hair guy come over and we shaved it.”

There have been a lot of ups and downs since then. Kristi’s learned a lot about herself, and a lot about others who have shared their own cancer survivor stories with her. She’s gone through bouts of frustration at the number of pills she has to take daily, she’s grappled with paying her high insurance deductibles as a small business owner and she’s gone back into the hospital for treatment despite being in remission from her cancer.

Despite all of this, when you speak to Kristi she’ll tell you mostly about the positives: the director of the Piedmont Culinary Guild setting up a food train so she and her husband wouldn’t have to worry about cooking meals, the GoFundMe her friends started to help her pay some of her medical expenses, and the server at Mimosa Grill who noticed Kristi’s shaved head and shared her own story about surviving blood cancer, offering words of encouragement and hope.

“Positivity can make a big difference,” Kristi said about handling it all. “Bad things happen, yes, but what can you learn or what can make you a better person through this? Those are things I’m still trying to answer.”

After speaking with Kristi about what the hygge fam can do to help, we’ve decided to host a blood drive at every single hygge location on May 31. Though Kristi has already found a 100% matched donor for her blood stem cell transplant, helping others has always been something Kristi has strived to do through her work, and we’d like to continue that in her honor while she fights.

All details, including links to sign up ahead of time to give blood at a certain hygge location, can be found here. 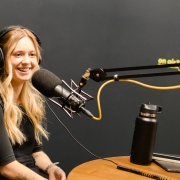 Zero to Ten with Chloe Barksdale 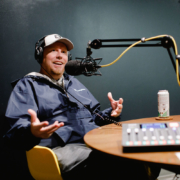 Zero to Ten with Tyler Ford 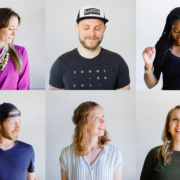 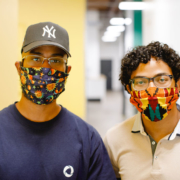 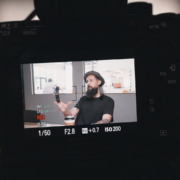 Frame of Mind with Uncle Jut 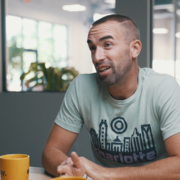 hygge cares, about the enneagram
Scroll to top