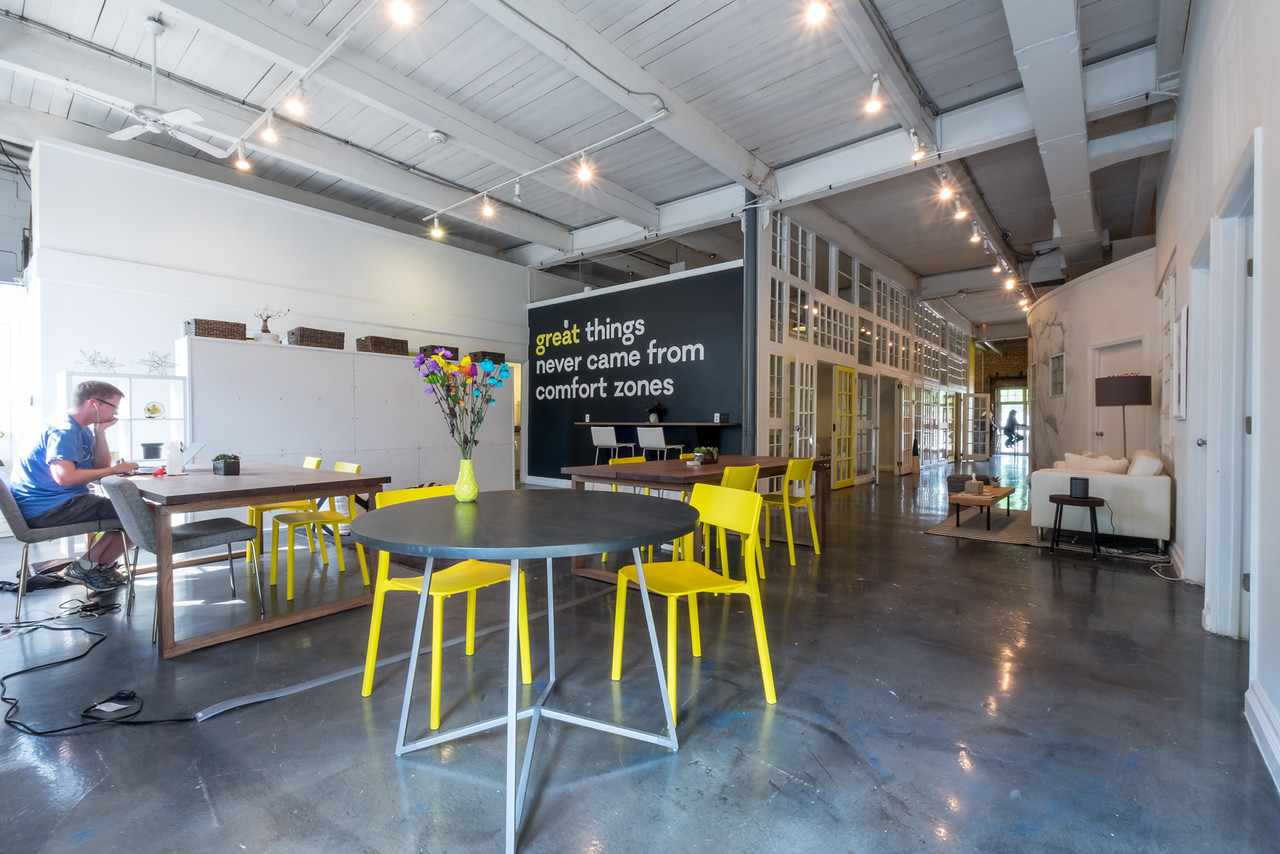 The shared Hygge playlist on Spotify is near and dear to my heart. I love it because it’s a melting pot of songs. With around 100 members in the space, there is a wide range of taste in music.

So I asked around to see which songs Hygge residents added and why. Without further ado, here are the songs they’re loving.

“Boardwalks” is just such a happy song with a great beat! I’ll listen to it when I’m not feeling productive and just stuck in a rut! Another song and close second is “Warrior Daughter” by Wildwood Kin, because who doesn’t want to channel their inner woman warrior?!

My favorite song on the Hygge playlist is “Destroy Everything You Touch” by Ladytron (just because I like it). BUT! I didn’t need to add it, because it plays all the time when I’m here (and per Garrett, never when I’m not).

“Hallelujah” is powerful yet relaxing. No matter the situation, “Hallelujah” accomplishes exactly you need it to. It’s a song that never requires an explanation.

I just added a song called “Let Me In” by Snowmine. They are pretty unknown to the general public, but the first time I heard the song I was hooked by their unique sound and classical/jazz influences. Their band name comes from a story from the lead singer’s grandfather, who fought in the Korean War and spoke about a snowy night in 1952 and was asked to go on a night patrol through a minefield. You could imagine how that ended. I thought that was a super cool way to come up with a name!

My favorite song that I’ve added to the Hygge playlist is “Red Eye to Raleigh” by Mipso. Raleigh’s my hometown and where I left my heart. If there was a red eye scheduled to Raleigh tonight, I’d take it.

My favorite track is “Almighty Dollar” by Pell. It’s one of my go-to tracks when I want to get hype! When I’m at Hygge it’s time to chase that paper. Such a dope song.

I just added “Rivers and Roads” by Head and the Heart and I first discovered this song from “New Girl.” You know you love that show too…

I may be the author of this here blog post, but I was feeling left out so I decided to include my top picks as well. My current favorite is “Once” or “Just Another Thing” by Maren Morris…or any of her songs really. Yes, she’s country, but country gets a bad rap around here. It’s not just jacked up trucks, cheap beer and girls in cutoffs. Maren Morris is super talented and while her songs are relatable, she weaves lyrics together in new, interesting ways.

“The Breeze” by Rob Nance. I went to college at App State with Rob Nance and his brother, Jordan, who is also in the band. Having a personal connection is pretty cool and this song, like many of their songs, has incredible lyrics.

I was running on the treadmill at the Dowd the other day when “99 Problems” came on my Pandora Jay-Z radio. It’s a bad-ass song to run to, yes, BUT I lost track of time listening to it because I started thinking about college, which is where I was when that song came out. I added it to the Hygge playlist, so when it comes on, I’m back in central Ohio in the early 2000’s which is always my happy place. It’s also funny because you’d absolutely never expect that from Meg Seitz.

I added “Houseboat Babies” by Reptar. It’s upbeat and energetic without being obnoxious. It’s catchy, but not everyone has heard it. Most importantly—I can make peace with sacrificing it to over listening ;).

“Jubel” by Klingande is the song I added. It’s an amazing, upbeat song that just makes you feel good. I need music like this while I’m working. It helps me stay focused, upbeat, positive and just happy :).

I have discovered so many songs through the Hygge playlist like the one Stephanie V. added. Who doesn’t love a little sax action?

There are currently 441 songs on the playlist that you can listen to for a mere 29 hours and 34 minutes. It’s constantly evolving and changing, just like Hygge.

Thanks for sharing your music, residents! Without it, Hygge would be quiet…or just filled with every Muse album courtesy of Garrett.

Shaping the World and the Community

How Do We Do Better?
Scroll to top