Ever since I started writing Hygge blogs, Christina has been asking when her interview would be. I told her that her blog had to be “special” and that it would take me a while and that it would probably be one of the last Hygge blogs I ever wrote. Well, the wait is over. Today is Christina’s birthday and it’s my last day. Buckle up, folks. 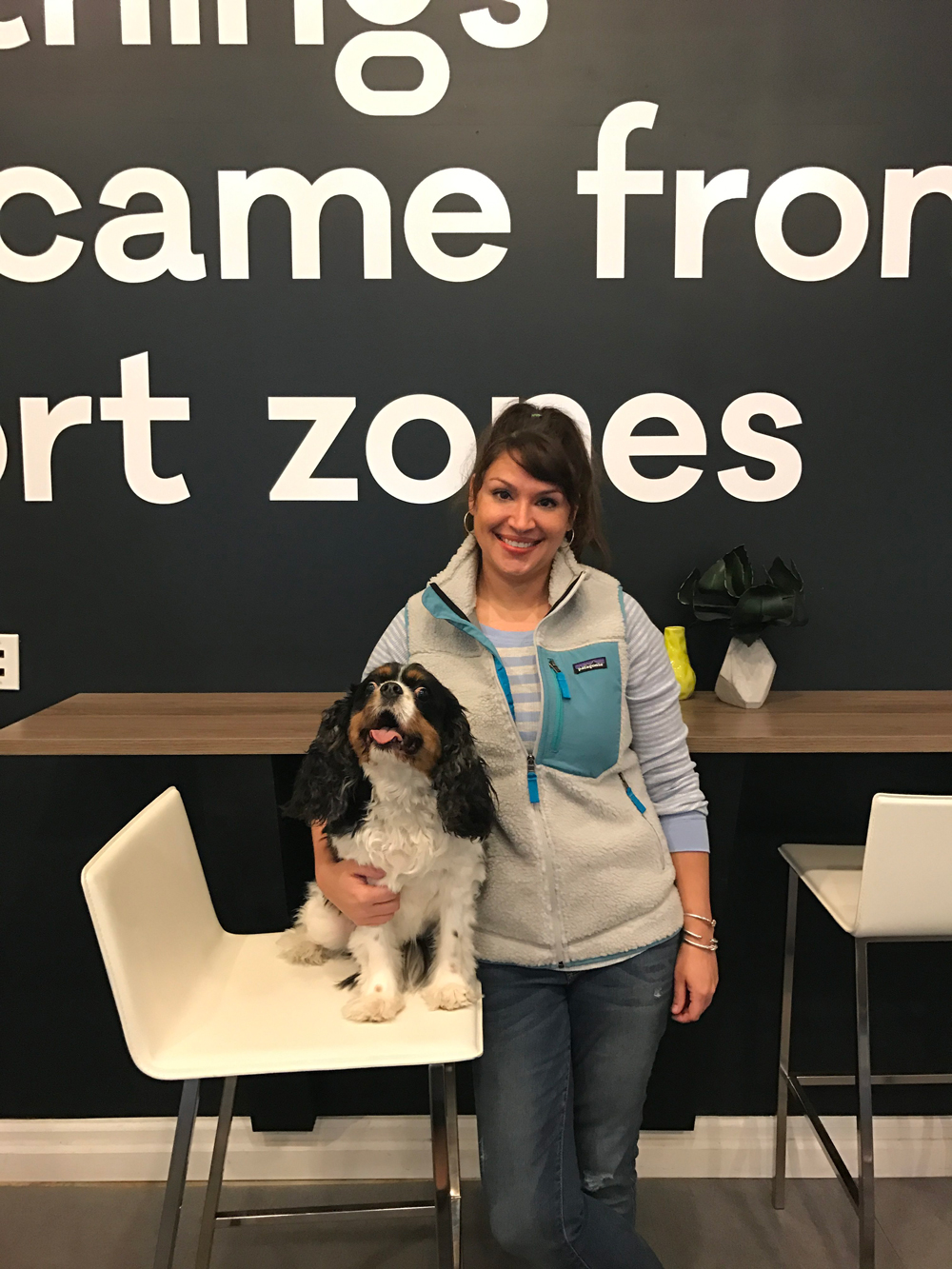 Christina and her dog, Kennedy.

Let’s kick this off with a metaphor

Christina is a firecracker. She isn’t one of those cheap firecrackers that your grandpa bought in the clearance aisle at that place in South Carolina, she’s the real deal. She’s loud, exciting, full of surprises and always the star of the show. This obviously comes with its challenges — she’s unpredictable. Christina may be a bundle of fun, but she’s so much more than that.

What a lot of people may not know is Christina has a soft side. She’s loyal, caring and always there to lend a helping hand. She also probably loves Hygge more than anyone I know. If Hygge had a cheerleading squad, she would be head cheerleader.

Christina loves animals…even lizards. She has caught many a reptile wandering around the outside of Hygge. I told her she should let one bite her ear like an earring. She obliged.

“I blame it on my mom,” she says. “We would see (an animal) and just bring it home. We had lizards, birds, gerbils, mice, cats, dogs, you name it.”

Christina started fostering kittens three years ago for the Humane Society, but don’t mistake her for a cat lady.

Me on the other hand, I joke about becoming a cat lady — I’ll have one cat for every year I’ve been alive. It’ll be grand…

The truth is, Hygge wouldn’t be the same without Christina. Hygge is filled with different personalities, but Christina’s is one that is part of Hygge’s core.

It’s called Ludwig. Once a month, the Hygge family comes together for Ludwig. Everyone has breakfast and an opportunity to share whatever they want. 5 minute shares. No topic restriction. The floor is yours. Topics have ranged from what people do to, politics and email sign offs to purple dust. 📷: @dflittlefield

We may give you a hard time, but we love you, Tina! Happy birthday!!