Thursday Garrett and I were invited by the awesome Josh Jacobson of Next Stage Consulting to set up a booth at the NC Philanthropy Conference uptown. More than 400 people in the fundraising and nonprofit world attended, so of course we said yes…but in our own weird, Hygge way.

We didn’t bring a booth—we brought chairs and a lamp because Hygge isn’t a booth. Hygge is cozy and welcoming. 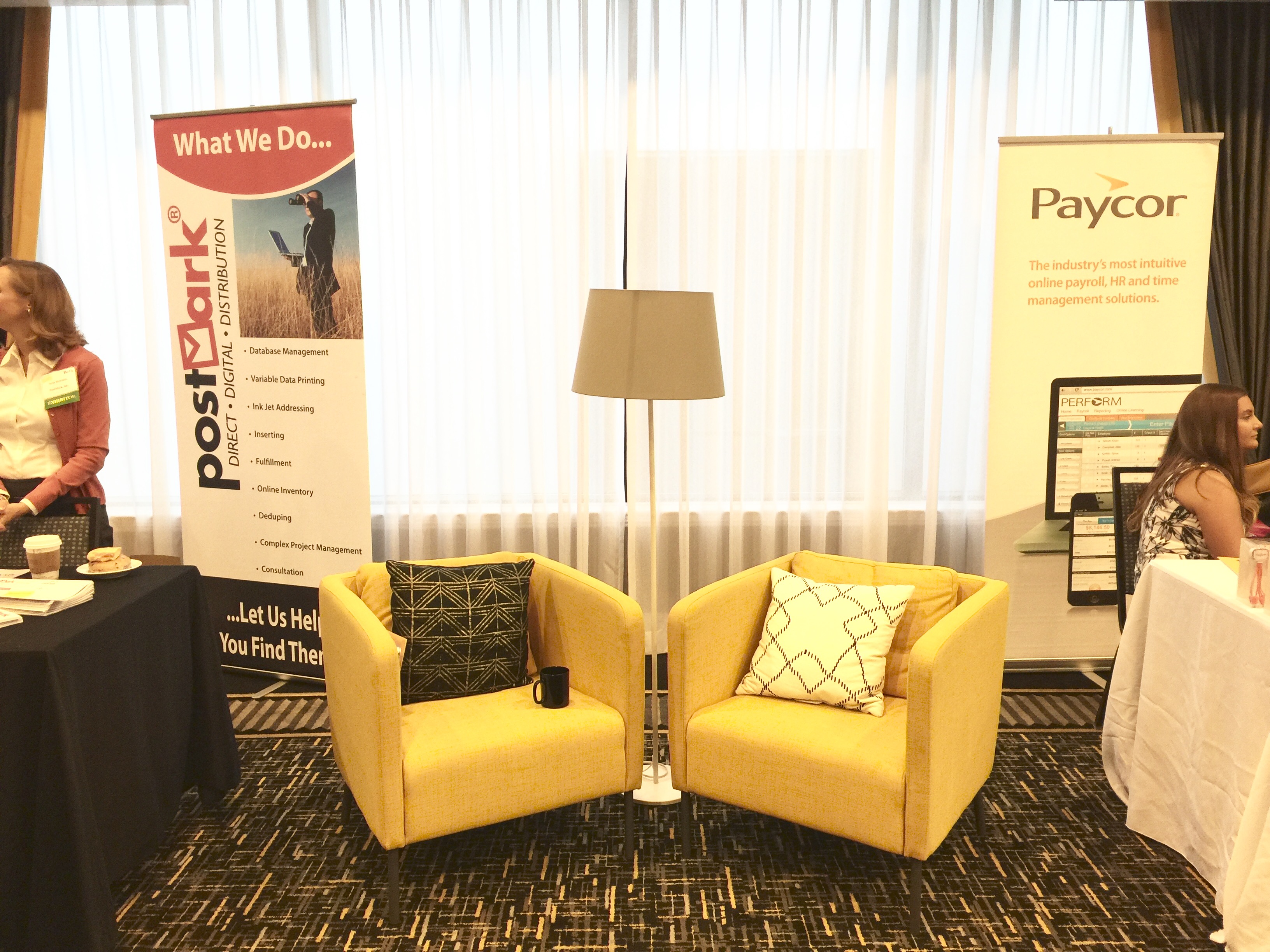 I’m not going to lie, a lot of people looked at us funny. Who brings their own yellow chairs to a conference? Weirdos, that’s who. We would have had a coffee table too if it weren’t for Garrett’s butterfingers. RIP Hygge coffee table.

Anyway, we invited people to take a seat even though some were hesitant.

Yes, yes you are, sir. But that’s OK! Once they got over the initial weirdness, we told them about Hygge, coworking and how nonprofits can use the OrthoCarolina Living Room for free.

It was fun seeing people’s faces light up when they realized they could use the space for free for their next event. It truly is an awareness thing. So many people don’t know about this resource, but hopefully that will change. If you’ve used the OrthoCarolina Living Room for an event, share it on social media! We love to see how different groups use it.

Are you doing awesome things in the community, but don’t have a spot for your next meeting? Contact us about using the OrthoCarolina Living Room.