This is a guest post by Hygge resident, Michael Trivette. You can read more about him here. 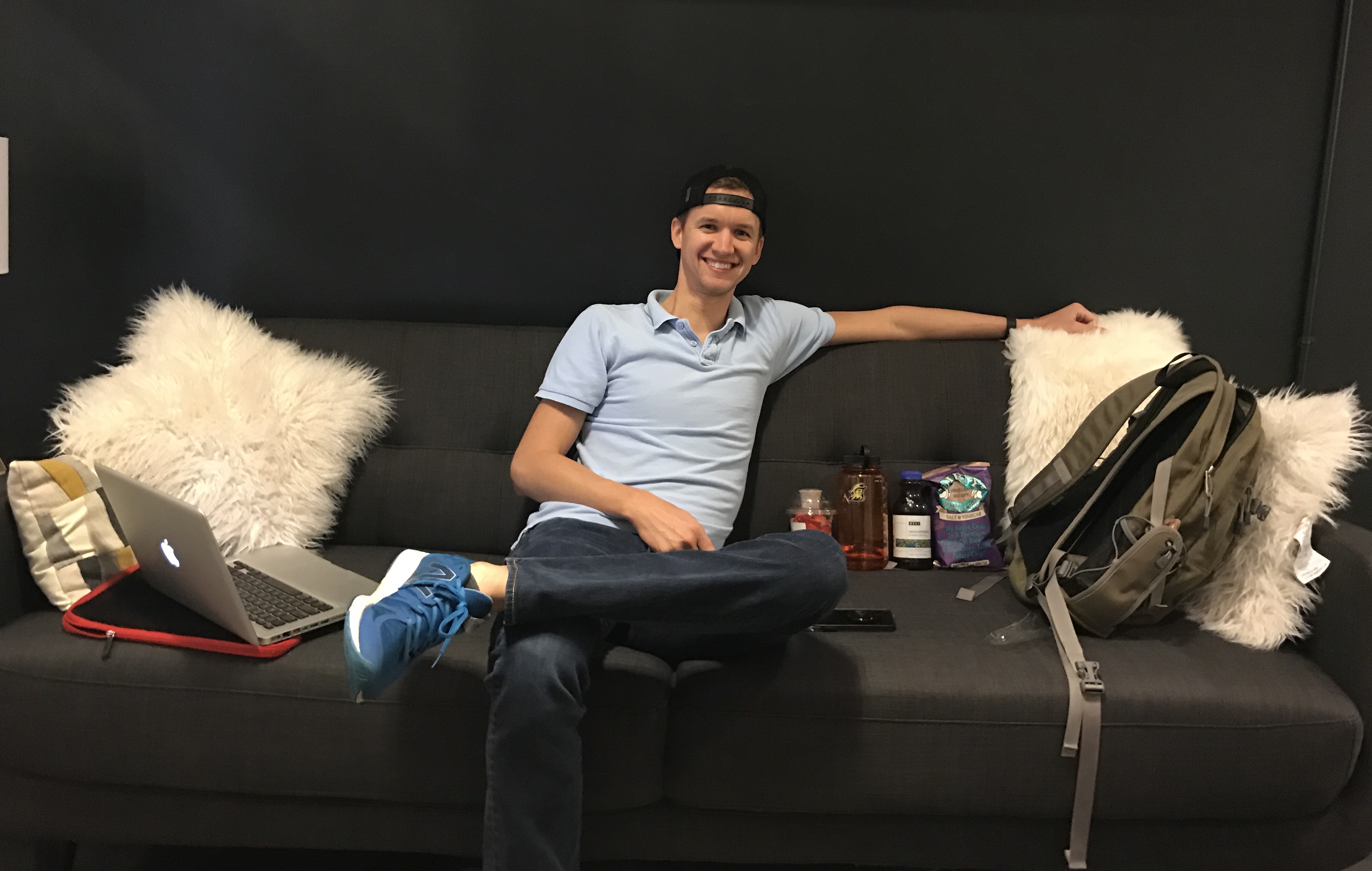 A couple of months ago, Sarah and Brandalyn were having a conversation involving each other’s first car and I made the comment about how I drove my first car for more than 15 years. I remember it like it was yesterday when I took the 1995 Jeep Cherokee for a test spin close to my high school in Concord, NC. I bought the Jeep (in cash) a few months before my 16th birthday and I drove that same Jeep until July of 2016. My brother, Karsten, now drives it and it’s still getting the job done.

Anyway, upon learning about my first car, Sarah and Brandalyn laughed and I believe Sarah made a comment like “can you picture Mike riding around in that Jeep?” Out of nowhere I instantly had flashbacks to Nelly’s breakout album Country Grammar. While my thoughts ran wild with these incredible throwback anthems, I’m pretty sure one of Sarah’s awful S Club 7 songs was playing on the Hygge shared Spotify playlist that plays throughout the building. Immediately I threw out a suggestion to Sarah and Brandalyn to let me write this blog post explaining my love of hip hop in exchange for being allowed the opportunity to play my shared playlist on the Hygge sound system. They agreed and here we are, so allow me to – as Coolio would so eloquently put it – take you on a “fantastic voyage” through my experience with hip hop over the past 23 years or so.

[Editor’s note: You can listen to Mike’s Spotify playlist here.]

One of the first cassette tapes I really remember was Kris Kross and the song “Jump.” This was around the time of birthday parties at Frye’s Skating Rink on Poplar Tent Rd., and I remember this song being a big hit during the time when you had to have a Gameboy to be considered cool. I didn’t come from a family that could provide much more than the basic necessities, but somehow I found myself with Tetris and a cassette player to listen to “Jump” over and over.

The first two CDs I ever purchased were bought at the same time, both at the former Wal-Mart on Hwy. 29 in Concord, directly behind S&D Coffee. It must have been in either ’94 or ’95 but I can remember picking up Boyz II Men’s debut album “Cooleyhighharmony” along with Warren G’s first album “Regulate,” G Funk Era. I don’t think my grandmother knew what I was purchasing at the time and she obviously didn’t notice the parental advisory tag on the Warren G cover. Yes, “Regulate” and “Motownphilly” will forever remind me of my childhood. I almost feel like I need to one day make a pilgrimage to the intersection of 21 and Lewis.

The rest of middle school seems somewhat fuzzy in trying to think about all the hip hop our generation was listening to, but you certainly had the staples like 2Pac, The Notorious B.I.G., and Bone Thugs-N-Harmony. “Crossroads” by Bone Thugs was a huge song for 6th graders like myself.

Fast-forward to high school and the ’95 Jeep Cherokee. For those of us listening to hip hop in the late 90s and early 2000s, “Country Grammar” was a revolutionary sound, as evidenced by the album’s Diamond certification, the highest certification by the Recording Industry Association of America. “Country Grammar” sold over 10,000,000 copies in the U.S., becoming only the 8th rap album ever to do so. With songs like “Ride Wit Me,” “E.I.” and “Batter Up” on his breakout album, it’s pretty easy to understand how Nelly took hip hop by storm for well over a decade.

My undergrad days at App State provided a steady stream of solid jams, and since I was a broadcast major and a DJ at our campus radio station – WASU-FM – I had access to A LOT of music. Our collegiate cycling team spent the better part of two entire years traveling to cycling races up and down the east coast listening to nothing but T.I. I still see old friends from schools like UNC, NC State and Virginia Tech who remind me that the only thing they remember about App State cycling was us showing up to races in two 15-passenger vans blasting the likes of “Rubberband Man” and “What You Know.” I’d like to think we were the 25 hardest looking bunch of lycra-clad skinny white dudes anyone had ever witnessed.

Cycling references aside, these were the days when the Peach State was absolutely exploding with hip hop and rap. You probably remember T.I., Outkast, Ludacris, and the Ying Yang Twins consistently blasting across your airwaves. So ask yourself, “what do these artists have in common?” If you picked up on the Peach hint just a moment ago, you already know that all of these artists are from Atlanta. Yes, Atlanta was just getting warmed up for future acts to follow and these veterans paved the way for an entire new generation of talent. As Ludacris famously said,

“We on the grind in, Georgia . All the time, it ain’t  nothing on my mind but – Georgia . We ain’t playing with you”

I have much love for the state of Georgia because I spent five years in Athens while doing my graduate work at the University of Georgia. It was during this time that my hip hop tastes went to a new level. I thought I was pretty well versed in hip hop but being only 60 miles from the epicenter of the freshest sounds available, I acquired a whole new appreciation for beats and lyrics. I thought it was rad to randomly run into T.I. at the Mellow Mushroom in Midtown, and it was pretty awesome to be able to hear 2 Chainz (click that link and enjoy) on the radio before anyone outside of Georgia really even knew he was. The same can be said for countless other artists, like Young LA, Rich Homie Quan, and Rae Sremmurd. You probably recognize Rae Sremmurd from their hit song “Black Beatles,” which was produced by another Atlanta native, Mike Will Made It, while also featuring another ATLien on the track, Gucci Mane. The song marked the first #1 chart-topper for both Rae Sremmurd and Gucci.

There’s a whole lot more I could tell you about Atlanta and how they’re really setting the standard for hip hop, but I want to leave you with our anthem from back in the day that still gets me pumped up each time I hear it play. Yep, it’s Mr. 919 himself, Petey Pablo, and “THIS ONE’S FOR NORTH CAROLINA!!!” 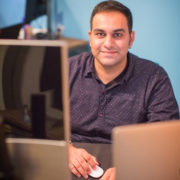 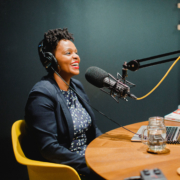 Zero to Ten with Raven Solomon 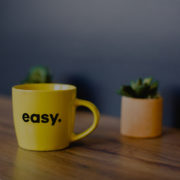 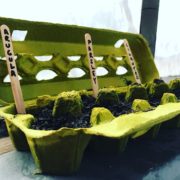 Where Are They Now? Pop Up Produce Edition 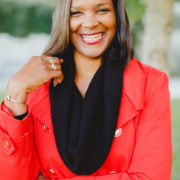 Keisha A. Rivers Sees the Steps to Success – And Wants to Help You See Them, Too 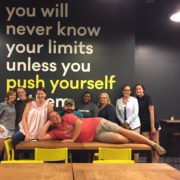 Meet the American Pit Bull Foundation and Its Founder
0 replies

What Is a Yo Pro?

When You Think S Club 7, I Hope You Think of Me
Scroll to top